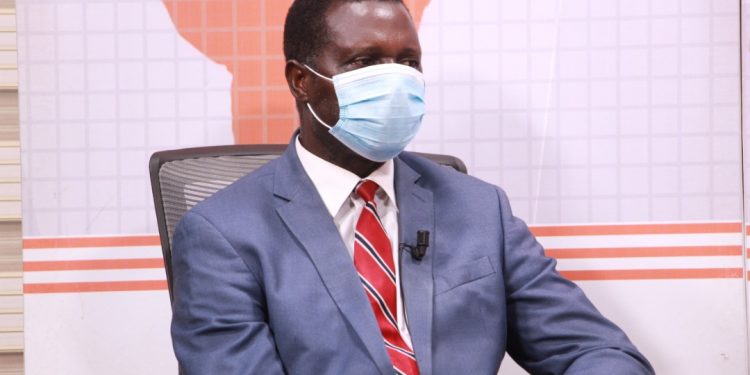 A Deputy Minister for Education, Dr. Yaw Adutwum has challenged the data being used by the Member of Parliament for North Tongu and former Deputy Education Minister, Samuel Okudzeto Ablakwa to suggest a failure of the government’s Free Senior High School (SHS) programme.

According to him, Mr. Ablakwa’s claims are based on wrong assumptions that the number of candidates sitting for the West African Senior School Examination (WASSCE) is a reflection of the total number of students enrolled.

Speaking on The Point of View, he said many different factors such as the inclusion of re-sit candidates in the total number of people sitting for the WASSCE do not make the number a credible statistic to determine the level of school enrolment for an academic year.

“If you use the WAEC data, you are making a huge mistake about enrolment… Ablakwa fell into the same trap using WAEC data as the enrolment data. Up until now, WAEC data were not about the enrolment of students into school because students were allowed to re-sit in their public schools. You risk double counting if you use WAEC data in counting enrolment in SHS,” he said.

He said until WAEC provides the biodata of all candidates and that data is processed to take out duplicated names, the actual number of school enrolments will have to be taken from a different source.

Mr. Ablakwa on Monday, July 20, 2020, took to social media to make posts that indicated that despite the government’s claims of increasing enrolment through Free SHS, the number of students who have sat for the WASSCE during the tenure of former President John Mahama far exceeds the number of students coming out as the first graduates from the Free SHS programme.

“Unimpeachable statistics from the West African Examination Council (WAEC) reveal that in 2012, a total of 174,461 candidates sat for the West African Senior School Certificate Examination (WASSCE). This figure impressively shot up during the tenure of President John Mahama to 274,262 candidates who sat for the 2016 WASSCE. This represents an actual increment of a staggering 99,801. That is by some 57.2% over the period.”

“Therefore, in four years – President Mahama increased WASSCE candidates by 99,801 while President Akufo-Addo has increased same by only 39,575,” he added.

Despite the response of Mr. Adutwum, Ablakwa insists that the number of students sitting the WASSCE still gives some relevant information on the success or otherwise of the government’s Free SHS programme.

He said the numbers still demonstrate that the government’s “huff and puff about the free SHS have not resulted in increased enrolment” as much as John Mahama achieved without free SHS.