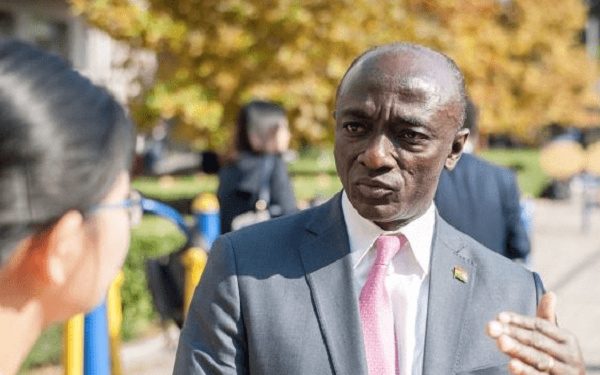 Ghana’s Ambassador to China, Edward Boateng, strongly believes Ghana has the potential to attain the heights of a country like Singapore after the COVID-19 pandemic dies down.

According to him, Ghana’s strong relationship China positions it for such a feat.

He cited among other things, the trade, infrastructural, educational and health partnership between the two countries is enough proof that Ghana can also see substantial economic growth.

Ambassador Boateng was hopeful that a conscious effort to draw real-time lessons from the Sino-government will push Ghana forward.

“We also need to engage them on that level and find out how we can work together and how we can help to strengthen the supply chain so that if something happens in China, Ghana could step in. We can easily make ourselves the Singapore of Africa,” he said.

“Yes, we don’t have a big population, but 30 million is quite sizable while Singapore only has a population of six million and they have been able to position themselves as the hub in Asia and that is what I think we should be doing.”

The emerging economies of Asian countries like China and Singapore have always been effective development case studies for many African countries.

Their highly developed trade markets have largely attracted huge amounts of foreign investment to enable them to improve the living standards of their citizens.

Several sectors of such economies including technology, employment, transport, making them the go-to places for developing countries like Ghana.

To be able to tap into this and make Ghana an industrial and manufacturing hub, Mr. Boateng wants the country to capitalize on its agriculture value in order to also achieve massive socio-economic development.

According to him, both countries are expeditiously taking steps to extend agricultural services support to farmers for improved livelihood, foreign exchange, and propel economic growth in the long term.

“The competitive advantage we have is everything agriculture. For Ghanaian businesses that want to export to China, they should look at agricultural products both for cash and food crops. There are cash crops like cocoa, cashew, and soybean. For food crops, we are looking at cassava, oranges, and pineapples.”

“In the future, what I am looking at is that we could also become a hub for West Africa and hopefully for the African continent where we can work with the Chinese to produce some of these so that we become the transition point for the rest of the world and even some of the European countries. The world post-COVID-19 is going to be challenging for China as well if you look at some of the conversations going on”, he added.

Ghana and China have enjoyed diplomatic support since their relationship was established on July 5, 2020.

Leaders of both countries have engaged in high-level officials which have resulted in the signing of many trade agreements.

The 60-year-old relationship has translated into huge Chine trade and investment in Ghana.