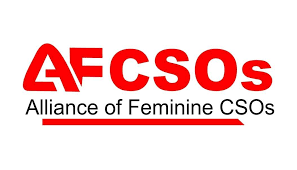 The Alliance of Feminine CSOs (AFCSOs) has applauded Prof. Naana Jane Opoku-Agyemang for her decency and message of peace on the campaign trail.

According to the group, her choice of words and message is one that encourages politics devoid of insults.

“The Alliance of Feminine CSOs (AFCSOs) has followed with keen interest and has observed the decent and decorous manner in which Prof. Naana Jane Opoku Agyemang engages and communicates with stakeholders across the five regions she has visited so far. Upper East Region, North East Region, Northern Region, Bono Region and Ahafo Region. Her message so far has been one that encourages peace, encourages party executives and sympathizers to practise politics of no insult, one that advises campaign based on issues and development.”

In a press release signed by the group’s convener, Eunice Yogri, the group indicated that her message is set to influence the dynamism of politics in the country positively.

“This, the Alliance finds encouraging as a way forward to promoting peaceful co-existence and promoting democracy. The Alliance is motivated by her style of engagement, as this has been confirmation of the Alliance’s earlier position that if a woman is nominated or voted into a high office in the political ladder, the dynamics of doing politics in Ghana will change positively. As a result of her style, she has widely been accepted in all the regions that she has visited so far. In Karaga district, the Karaga paramount chief broke protocol in their tradition and allowed her to wear her shoes while addressing the chief and his council of elders. Her acceptance is quite encouraging and this is largely as a result of her impactful messages.”

The statement also congratulated Prof. Naana Jane Opoku-Agyemang on her enskinment as a queen mother of Samini community.

Prof. Opoku-Agyemang has been on a regional tour speaking to opinion leaders and the general citizenry.

The group also indicated that the selection of Prof. Naana Jane Opoku-Agyemang is an intervention by God.

“It is quite encouraging that this year there is whirling wind of change. Women seem to have gathered courage and opened that glass ceiling more than ever in all nations, Prof. Jane Naana Opoku-Agyemang, by God’s choice and intervention, was picked by former President of Ghana John Dramani Mahama as his running mate and Vice Presidential candidate of the NDC. Being excited by this development, US Democrats Party also picked Kamala Harris as his Vice Presidential candidate. This will be the first time since independence that one of the major political parties has chosen not just a competent woman but a highly qualified woman as a running mate. Competent and highly qualified as a running mate,” the statement added.