The President, Nana Addo Dankwa Akufo-Addo, has cut the sod for the commencement of construction of the Nsukwao Basin Drainage Project, in Koforidua, in the Eastern Region, under the Ghana Secondary Cities Support Programme (GSCSP).

It will be recalled that the Ghana Secondary Cities Support Programme was launched on 7th May 2019, in Koforidua, with its main goal being to improve urban management and basic urban services in the twenty-five (25) participating Municipal Assemblies across the country.

Cutting the sod for the construction of the drainage project on Tuesday, 4th August 2020, President Akufo-Addo noted that the New Juaben Municipal Assembly has identified flooding as a major risk to the lives and livelihoods of persons living in Nsukwao, Zongo, Two Streams, Abongri and other communities within the municipality. 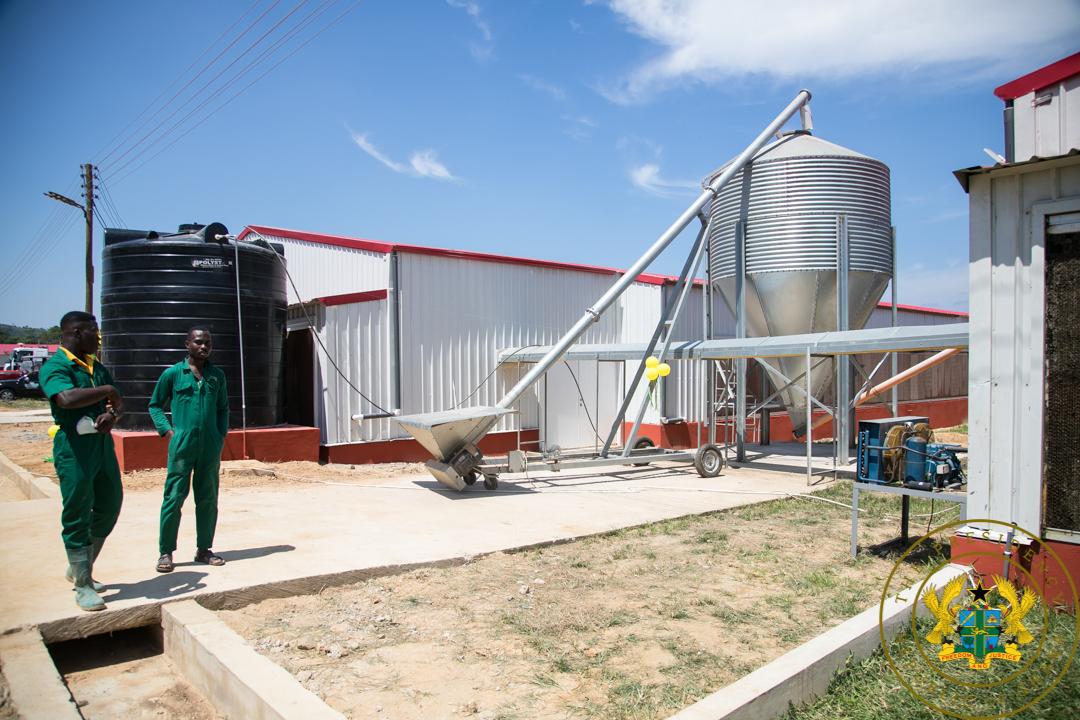 Nsukwao, the community in which the project will be situated, has since 2016 recorded, annually, incidents of flooding, which have rendered most residents homeless.

To this end, the President explained that the Basin Drainage Project will deliver a storm drain that will minimize flooding in the identified communities at the cost of GH¢15,811,145.00, and packaged into seven (7) lots. 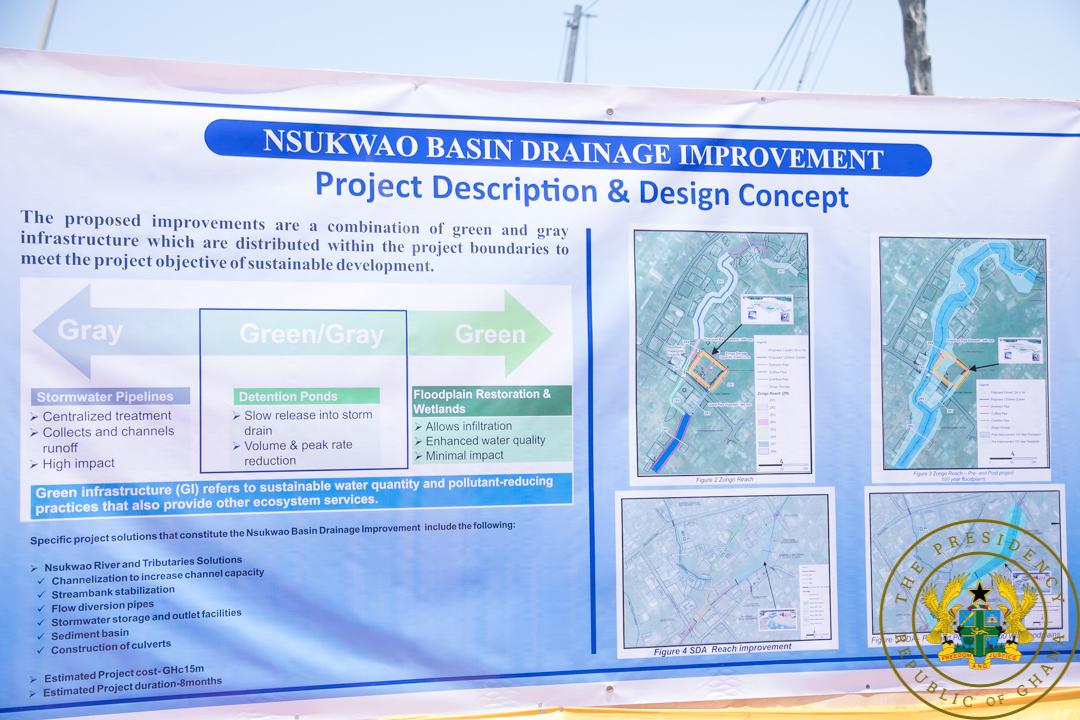 President Akufo-Addo was confident that “this project will make flooding a history in New Juaben, and help restore enhance livelihoods of the residents in the Municipality.”

The Minister for Local Government and Rural Development, Hon. Hajia Alima Mahama indicated that her Ministry is currently working closely with the municipal assemblies and the design and supervision firms to come up with the next phase of priority projects for the 25 Assemblies. 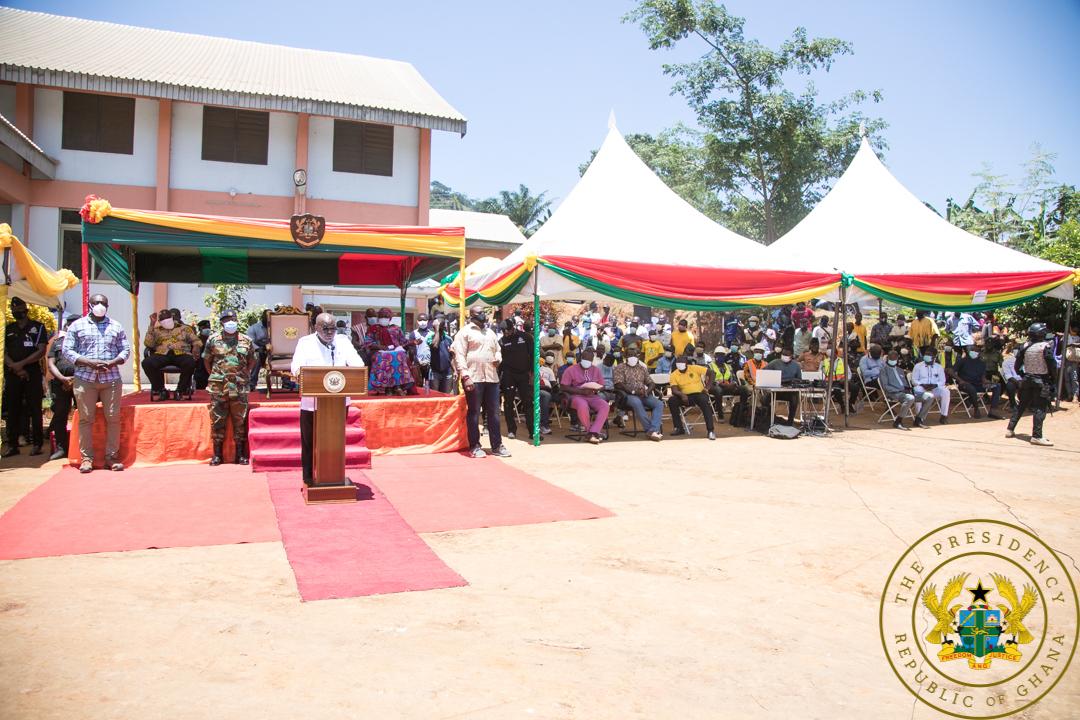 The company, which produces fresh and healthy table eggs, chicken feed, broilers, processed chicken and day-old chicks, has completed the first phase of its project with an investment of some GH¢20 million.

Management told the President that the automated Brooder house has a capacity of 40,000 birds, and has an automatic egg collection and packaging system installed to ensure speed and efficiency in our processes. 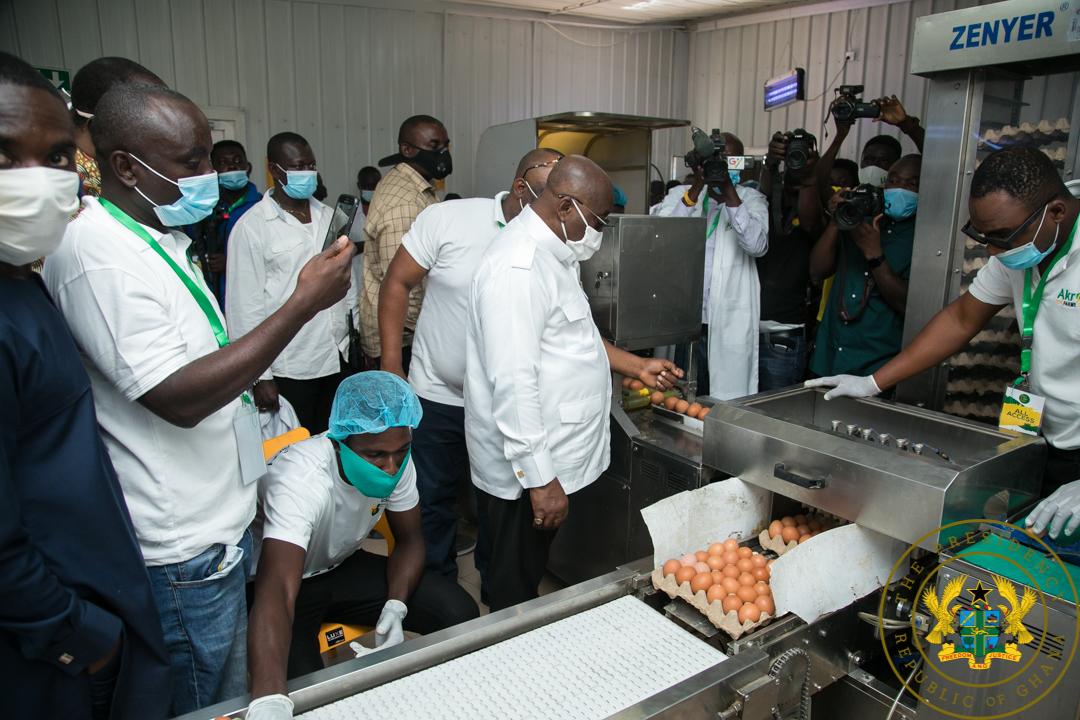 Additionally, the farm has a hatchery, with one feed processing unit and a warehouse with 400 KVA Industrial Power Generation plant.

The company plans to set up a 16,000 per day capacity meat processing plant for the broiler farm and out-grower farmers. 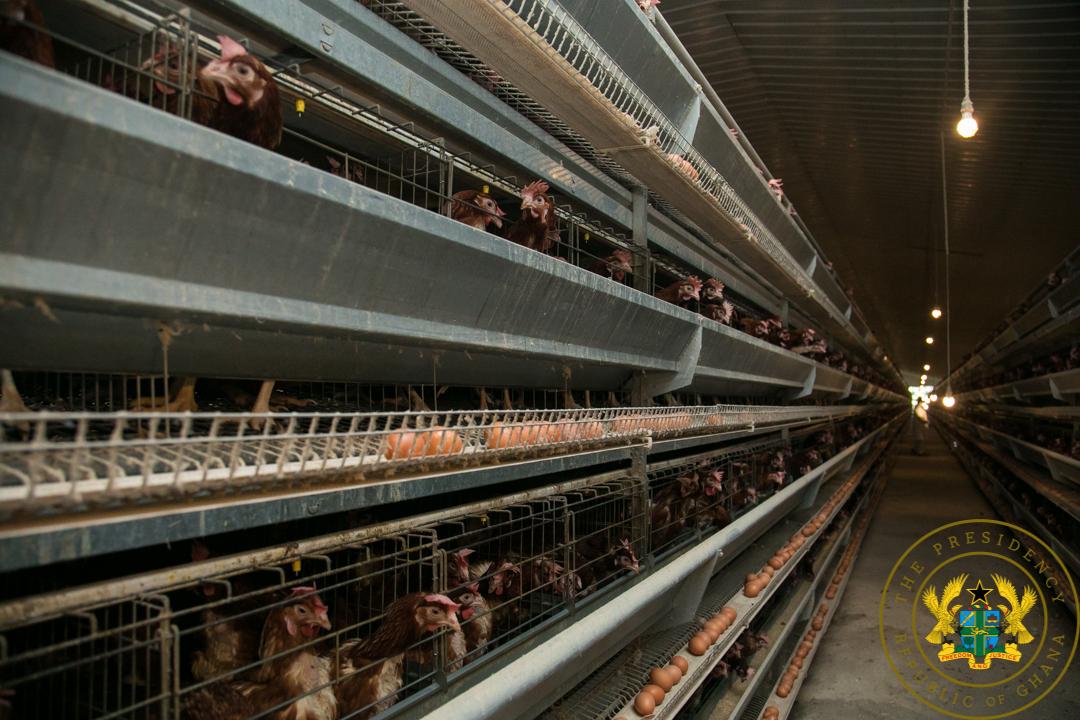 The company has created both direct and indirect job opportunities for over 1,025 individuals involved in the poultry value chain in Akuapim North and its surrounding districts. 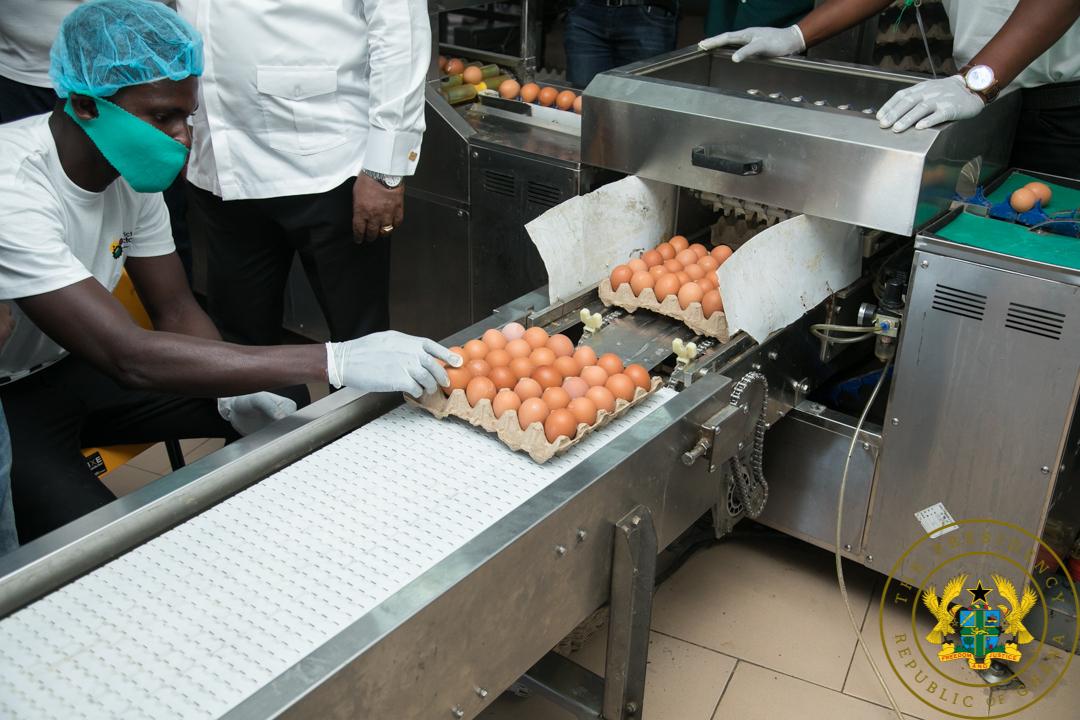