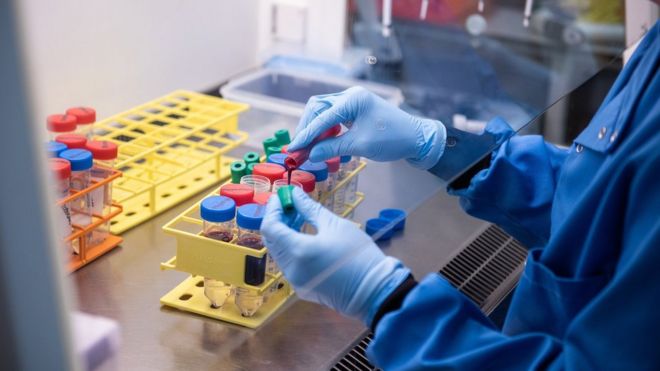 Australia says it has secured access to a promising coronavirus vaccine and will be able to offer free doses to its entire population of 25 million people.

The vaccine is being developed by the pharmaceutical company AstraZeneca and Oxford University.

If clinical trials are successful, the deal with AstraZeneca would secure “early access for every Australian”, Prime Minister Scott Morrison said.

Mr Morrison said it was likely that vaccinations would be mandatory.

Australia has recorded 450 coronavirus deaths, most from an outbreak in the state of Victoria.

Earlier this month, Victoria declared a state of disaster and imposed strict lockdown measures after a surge in infections.

It still has more than 7,000 active cases, but the number of new infections has declined in the past week.

Pledge to manufacture in Australia

The Oxford/AstraZeneca vaccine is one of five promising candidates to reach an advanced stage of clinical trials, with countries around the world seeking to secure supplies for their own populations.

“If this vaccine proves successful, we will manufacture and supply vaccines straight away under our own steam and make it free for 25 million Australians,” Mr Morrison said.

The cost of supplying the vaccine to the whole population has not yet been fixed. Separately, Australia has also signed a deal worth A$25m (£13.5m; $18m) with Becton Dickinson, an American pharmaceutical company, to supply 100 million needles and syringes.

The deal with AstraZeneca is Australia’s first such vaccine agreement.

If trials were successful, Mr Morrison said he hoped the vaccine would be available early next year. Manufacturing it would require an additional few months.

Would it be mandatory?

Mr Morrison said he expected a successful vaccine would be “as mandatory as you could possibly make it”, though his government was still forming its policy.

“There are always exemptions for any vaccine on medical grounds, but that should be the only basis,” he told radio station 3AW.

“We are talking about a pandemic that has destroyed the global economy and taken the lives of hundreds of thousands all around the world and over 430 Australians here.”

The country would aim for 95% of the population to be vaccinated, he added.