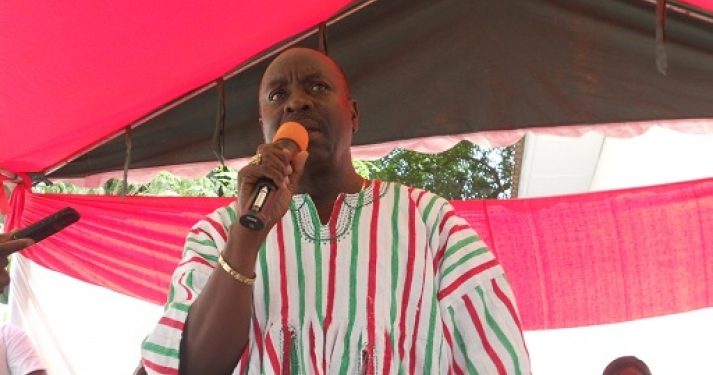 Mr Bright Oblitei Akwetey, an Accra-based legal practitioner and a leading member of the Convention Peoples Party (CPP) has promised to match the flagbearers of the New Patriotic Party and National Democratic Congress in the race towards Election 2020.

“I have over the period critically examined the CPP and deduced that the Party’s inability to identify its core objectives, values and ideologies serves as the bane of its unappealing performance since the 1992 Election,” he said in an interview with the Ghana News Agency in Accra on Saturday.

He said the campaign theme: “Honesty and Integrity,” seeks to marshal a formidable force with the ability to wrest power from the NPP and bring the CPP back to the forefront of Ghana’s politics.

Mr Akwetey, who once investigated and prosecuted economic crimes in Ghana and The Gambia, said Ghana needed a president who had demonstrably shown the courage to fight corruption because to him, the time for lip service to fighting the canker was over.

He explained that the motivation to contest for the CPP flagbearer slot emanates from deep-seated desire to see Ghanaians as a proud, confident, disciplined and law-abiding citizens, whose standards of living were measured not only in terms of Gross Domestic Product but in a general state of satisfaction.

“I want to see a Ghana where the average citizen can afford good quality health care, education, shelter, clothing, food and employment and has the opportunity to travel in decent transport and also on secure and safe roads,” he said.

Mr Akwetey said the CPP would dwell on Kwame Nkrumah’s ideologies as well as grassroots membership mobilisation and craft a message that would appeal to the electorate.

He, therefore, called on the delegates to vote for him adding that: “loyalty must pay, I must be lucky this third time. I contested for the 2012 and 2016 flagbearer slot and lost but am not perturbed, for the interest of the CPP and Ghana I’m here again seeking your votes. Vote for Bright O. Akwetey for honesty and integrity”.

The CPP has scheduled its national congress for August 22, 2020.

It was initially scheduled for August 15 but it would clash with the Homowo celebrations in the Greater Accra Region.

The party will through the national congress elect national officers and its flagbearer for the 2020 presidential election.

Three persons have already picked up nomination forms to contest as flagbearer for the CPP for the upcoming presidential polls.

The three are Ivor Kobina Greenstreet, the 2016 presidential candidate for the party, Bright Akwetey a private legal practitioner and a leading member of the party, and Dr. Divine Ayivor a pastor with the Seventh Day Adventist church.