Fact-check: Did the Christian Council endorse the use of military to intimidate political opponents? 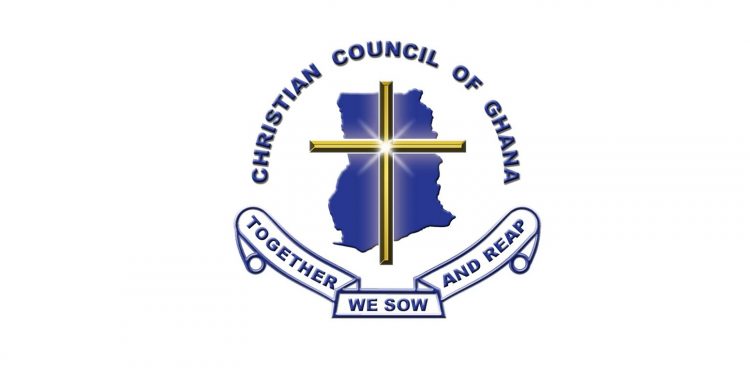 Claim: Enewsghana.com says the Christian Council has endorsed the use of the military to intimidate some Ghanaians who are political opponents.

Verdict: False. The Christian Council has not endorsed military intimidation of any group of Ghanaians. The claim is a misconstruction of a radio interview granted by the Chairperson of the Christian Council, Joseph Mante, on Ghana’s 2020 voter registration exercise.

According to some news publications such as this and this, the Chairperson of the Christian Council, Joseph Mante in an interview on Accra-based Happy FM on Wednesday, August 5, 2020, endorsed the use of the military to intimidate political opponents.

The headlines of the stories read: “Christian Council Endorses The Use Of The Military To Intimidate Ghanaians Who Support Their Opponents.”

The reports also quote the chairperson as having said: “Tribalism in politics is not a new thing. Since we have a lot of tribes in Ghana, any time there will be any political process, people will trigger tribalism. However, the leaders in politics and anyone who has studied political science know that at a point, when you feel you are losing out in politics, tribalism can help. So they know how to use that tactic.”

The news reports added that “From an objective point of view, the Christian Council is corroborating (DO YOU MEAN COLLABORATING?) with the NPP.”

The Electoral Commission of Ghana on Tuesday, June 30, 2020 began a nationwide voter registration exercise which ended on Thursday, August 6, 2020.

In the course of the five-week exercise, some individuals and groups including the opposition National Democratic Congress (NDC) have alleged that there were various incidents of military intimidation and suppression targeted at specific groups of people with the aim of discouraging them from registering to acquire the voter’s identity card.

The allegations have mostly been from the Volta and Oti regions which share a border with Togo on the right.

While earlier narratives suggested that the uniformed personnel were deployed to stop the influx of non-Ghanaians into Ghana through unapproved routes amidst the COVID-19-induced international border closure, the opposition party insisted that military personnel had been seen at various voter registration centres.

The Christian Council, which is seen as a peace arbiter in the country was criticized in July by a leading Member of the National Democratic Congress (NDC) and former Municipal Chief Executive for Ejisu-Juaben Afrifa Yamoah Ponkoh who said he was disappointed the council had not called out the government over the alleged military intimidation.

We engaged Yeboah Mante in a phone conversation to seek clarity concerning the report attributed to him.

He denied the claim, indicating that there is no way he would take such a stance especially given his capacity.

“I never discussed the use of military or backing the government. Even my position doesn’t allow me. We were speaking Twi and we were speaking about tribalism in politics and I said that there are politicians who trigger tribalism during elections and that it is a bad thing and they should stop [because] it is a disgrace,” he said.

We then accessed a copy of the radio interview the clergyman granted Samuel Eshun on Happy FM and transcribed the text of his response to questions about the alleged military intimidation below:

Samuel Eshun: Yesterday, the NPP held a press conference, the NDC also held a press conference and it was all about who a Ghanaian is and who isn’t a Ghanaian. And there are claims about a certain group of people being Ghanaians and others not Ghanaians. Also there are issues of the use of soldiers to intimidate and harass some Ghanaians so that they cannot vote. As a Council, how do you view this?

Rev. Yeboah Mante: The Electoral Commission (EC) has its regulations. Whether you are NDC or NPP you need to follow those regulations. I know the EC, for instance, says that nobody can physically challenge someone over allegations of not being a Ghanaian. It says if you suspect that someone is not Ghanaian, you report the person to the authorities and the authorities have a way of dealing with the person.

That is what I believe, if everyone follows, everything will be peaceful.

Samuel Eshun: Reverend, it appears tribalism is getting into our politics. It appears it has become intense now. As an organization, [Christian Council] if you look at this situation, where did it come from?

Rev. Yeboah Mante: It is not new in our politics. We have many tribes in Ghana, and anytime we are approaching elections, people trigger it. The experienced politicians and those who have studied political science know that in Ghana if you are at the losing end you trigger the tribalism card and so they know how to do that. But the young people involved must be wise and know that this is a trick politicians use, so that they avoid doing that too.

In some cases, all they [politicians] are saying is false but they are deliberately triggering tribalism to win some political points. Every election year, as a Ghanaian since Kwame Nkrumah’s time, I have seen that happen.

There must be a massive group of Ghanaians who will rise up and say that they do not want anyone to use tribalism to deceive us. We are all Ghanaians and we are one. If we do this, it will really help us.

As for the experienced politicians behind some of these things, I pray they repent else God will deal with them. We only have one Ghana.

Samuel Eshun: As much as we say tribalism isn’t good, the two political parties are all making legitimate points. The NPP for instance says the NDC is saying people are being intimidated at Ketu South in the Volta Region, and that the soldiers are there so that people who are not Ghanaians cannot cross over into Ghana to register. They [NPP] have provided evidence that about seven individuals [non-Ghanaians] have been arrested and some have been prosecuted with some being jailed [for attempting to register], what is tribal about it?

Rev. Yeboah Mante: Let the system, the law, take its course. So the one who feels that he is being intimidated should bring evidence they are being intimidated and that the other side is telling lies. If they bring that evidence and the system in place says they will ignore you in spite your evidence, then we will know what to say.

Samuel Eshun: The NDC at their press conference yesterday brought footages to show that at some registration centres there were shootouts, other places people’s nationality was being questioned by soldiers and other paramilitary groups over there. So the NDC also provided evidence to the effect that people there were being intimidated.

Rev. Yeboah Mante: Then they [NDC] have a point so long as they have evidence. In fact, Christian Council will meet these political leaders to hear them well, to see their points and see what we can say so that there is peace because we don’t know why anyone would be denied their rights as Ghanaians.”

Based on the above, we note that the report clearly misrepresented the Chairman of the Christian Council.

We find that Rev. Mante’s comment was largely geared towards eschewing all acts that fuel tribalism and not an endorsement of military intimidation of political opponents as the news reports falsely claimed.

The reporter produced this fact-check under the auspices of the Dubawa 2020 Fellowship in partnership with Citinewsroom to facilitate the ethos of “truth” in journalism and to enhance media literacy in the country.