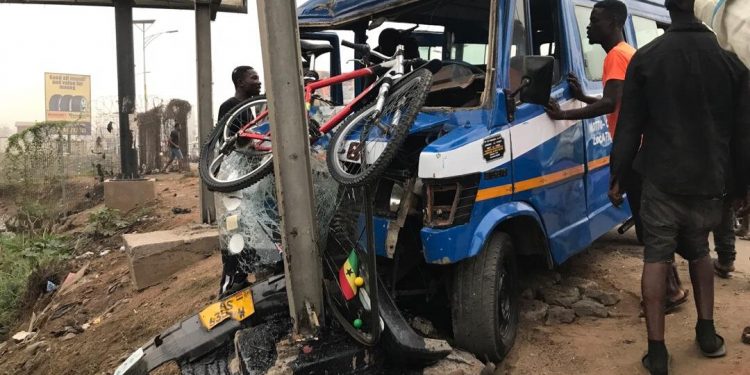 The Asantehene, Otumfuo Osei Tutu II, has charged the Ghana Private Road Transport Union (GPRTU) to play a leading role in the national campaign to reduce road accidents to the barest minimum.

He said the commitment on the part of members of the union, especially drivers, to adhere to motor-traffic rules and regulations was vital to protecting lives.

The loss of innocent lives as well as preventable injuries associated with road crashes across the country, according to Asantehene, could be curtailed if drivers were more cautious on the road.

Otumfuo Osei Tutu made the call in an address read on his behalf, at the opening session of the 10th quadrennial delegates’ conference of the GPRTU of the Trades Union Congress (TUC) in Kumasi.

The Motor Traffic and Transport Department (MTTD) of the Ghana Police Service, has always blamed the increasing number of accidents in the country largely on indiscipline on the roads.

According to the Department, a total of 2,803 fatalities from over 12,000 crashes were recorded between January and November 2019.

The delegates’ conference is the highest decision-making body of the GPRTU, and this year’s session is designed to elect new national officers of the union.

The two-day programme is to serve as a platform for members of the union to deliberate and find solutions to issues impeding the growth of the GPRTU, which is the oldest and largest drivers’ union in Ghana.

Otumfuo Osei Tutu emphasised the need for the leadership of the union to work on formulating good policies for the benefit of the members.

The welfare of members, he said, should be the priority of the leaders.

Mr. Godfred Adulbire, Secretary of the GPRTU Interim Management Committee, commended the Regional Chairmen of the union for playing an instrumental role in resolving all differences that threatened the development of the GPRTU.