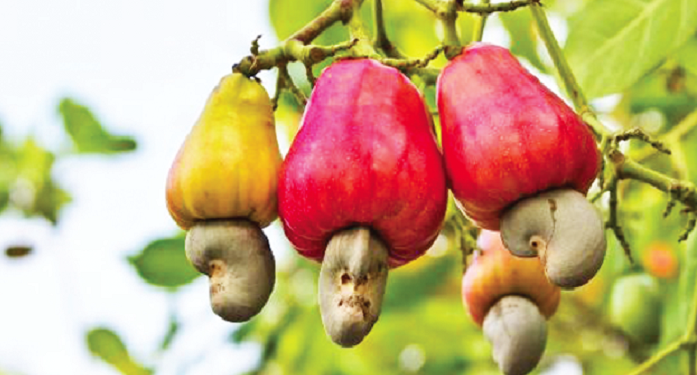 The tree crops industry has become one of the industries with great economic potentials in Ghana’s Agricultural sector.

Beyond the about USD16 billion Ghana’s Minister of Food and Agriculture, Dr. Afriyie Akoto, estimates the country will be earning from the industry in annual incomes from 2028, it contributes significantly in job creation and household income.

In the cashew subsector, the African Cashew Alliance (ACA) estimates that about 2.5 million Africans are directly and indirectly employed by the subsector, serving as the main source of income for about 1.8 million families in West Africa.

In Ghana, close to a million families depend on the cashew sector. The situation is not different from the other subsectors.

The Global Shea Alliance (GSA) estimates that “more than 16 million rural women in Africa contribute to their household incomes by collecting and processing shea kernel”.

It has therefore become very necessary that the tree crops industry is properly developed and regulated in Africa.

In my previous articles on the role of African governments in strengthening the cashew sector and why local cashew processors could not take advantage of COVID-19, I emphasized the need for the right regulatory structures and policies to be put in place to empower local producers, processors, and other local actors of the cashew value chain.

In the case of Ghana, I joined the ACA and the Association of Cashew Processors Ghana (ACPG) in calling for expedited measures to be taken in constituting and fully operationalizing the Tree Crop Development Authority (TCDA).

On Tuesday 29th  September 2020, in what has become the most important tree crop sector initiative yet, the President of the Republic of Ghana, Nana Addo Dankwa Akufo-Addo, officially inaugurated the TCDA in Kumasi, the Ashanti regional capital, where the authority is now headquartered.

Now that the Authority has been officially inaugurated, this article provides a general overview of what the TCDA is, the functions, and the future of Ghana’s tree crop industry under the regulation of the TCDA.

Background of the TCDA

The bill was laid and first read in Parliament on 4th July 2019, after several consultations between the Ministry of Food and Agriculture (MOFA) and stakeholders, and referred to the Parliamentary Committee on Food, Agriculture, and Cocoa Affairs.

On 14th November 2019, the committee report was discussed on the floor of Parliament and the bill read the second time.

The bill went through a period of consideration from 27th November to 2nd December 2019, where there was a clause- by- clause discussion of the bill. It was passed into law on 2nd December 2019 and received presidential assent the same month.

Managing Director of the African Cashew Alliance, Mr. Ernest Mintah, whose outfit was a major stakeholder in preparation of the bill, explains that the law became necessary to help harvest the potential of Ghana’s tree crops industry and become a major economic driver.

According to him, by 2016, the public sector had taken a strong lead to organize the industry “with the strong claim of representing the interest of producers, increasing production and value addition”, and so actors of the industry were increasingly becoming more connected. He explained that the stakeholders recommended the establishment of a regulatory authority managed by the Government of Ghana and the private sector.

He adds that a crop like cashew had become “the highest-traditional export earner” and so needed to be properly regulated, together with other tree crops to get the best out of the industry. Alluding to the President’s speech at the inauguration ceremony, Mr. Mintah said Ghana had also come to release its overdependence on cocoa and so saw the need to diversify by properly regulating the tree crop sector.

Functions of the TCDA

Generally, as the Ghana COCOBOD does in the cocoa sector, the Tree Crop Development Authority (TCDA) is now the body in charge of the regulation and development of production, processing, trading, and marketing of six tree crops in Ghana.

The Authority, according to the Act, is to perform seven main functions.

Through the Tree Crop Development Fund, the Authority is tasked to identify and develop a sustainable source of funding for the tree crop industry.

The TCDA has therefore been tasked to provide technical advice to the actors of the tree crops value chain and improve trading of the tree crops, while also coordinating and facilitating to build the capacity of farmers, processors, traders, and exporters.

The role of research cannot be underestimated in Ghana’s quest to develop her tree crops industry. Speaking on a panel discussion on the role of research in the cashew subsector, at the 2020 ACA annual cashew conference in September, Executive Director of the Consultative International Cashew Council (CICC), Andre Tandjekpon, said the research was very relevant and crucial in the future of the cashew subsector, and the tree crops industry by extension, and called on governments to prioritize it.

In this regard, the Authority is tasked to undertake, assist, and encourage scientific research, technological and economic research in tree crops. In his speech at the inauguration of the Authority, the President of the Republic assured systematic efforts will be made [by the government] to secure funding for the upgrading of the relevant research institutions to assist in the effective development of the sector. The Authority will also serve as a licensing body for actors of the tree crops value chain.

Composition of the Board

The TCDA is governed by a 29-member, private sector-led Board. Of the 29 members, six (the Board chair, Chief Executive Officer and his two deputies and two other government representatives) are from the public sector,  appointed by the president.

Each of the six selected tree crop sectors has four members represented on the Board, contributing to the remaining 24 members.

According to the Act, the President may, however, appoint other operational staff of the Authority that may enhance the performance of their functions. The Act also states that the appointment of a member of the Board is for 3 years and is only eligible for another term.

The allowances of the members of the Board shall be approved by the Minister of Food and Agriculture, who has oversight responsibility of the Authority, in consultation with the Finance Minister.

Seasoned banker, Mr. Stephen Sekyere-Abankwa, who, according to Ghana’s President, has deep experience in commodity development, and financing is the board’s first chairman.

Former deputy Minister of Agriculture, Hon. William Quaitoo will be the Authority’s first Chief Executive Officer (CEO) and he will be assisted by two deputies.

Future of tree crops under the TCDA, Conclusion

Cote d’ Ivoire (750, 000 MT) and Tanzania (300, 000 MT) are today the two top producers of cashew in Africa, both accounting for almost 80% of Africa’s production, and are two of the best in terms of local processing in the continent.

This is mainly because they have well-established, properly regulated and coordinated cashew industries.

These countries have the right regulatory structures in place, the Conseil du Coton et de l’anacarde (CCA), and the Cashew nut Board of Tanzania (CBT).

It is also as a result of the same reasons Indonesia and Malaysia today account for 84% of world production and processing of palm.

This simply means that the official inauguration and operationalization of the TCDA is a milestone in  Ghana’s quest to develop and to get the best out of the tree crops industry.

It is important to add as a way of concluding that, the future of the industry now depends on how well the Authority is resourced, the level of independence they will get to perform their functions, the competence and effectiveness of the board members and staff of the Authority, and the level of cooperation they get from stakeholders of the tree crop industry.