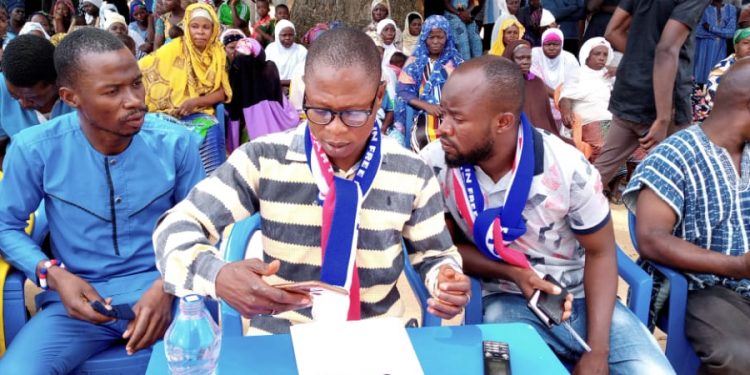 A youth group believed to be members of the governing New Patriotic Party (NPP) in the Sissala West District of the Upper West Region has petitioned the President, Nana Addo Dankwa Akufo-Addo to rescind his decision to revoke the appointment of Mohammed Zakaria Bakor, the District Chief Executive (DCE) for the area.

Mr. Bakor’s appointment was terminated in a letter signed by the Local Government Minister, Hajia Alima Mahama on 29th September 2020.

At a press conference held at Bullu, the youth group calling itself Sissala West Concerned Youth of NPP opined that the decision has the potential of dwindling the fortunes of the NPP in the area as it is against the general interest of NPP party faithful in the Sissala West Constituency.

One of the leaders of the group, Hudu Mua, reading the petition signed by some 52 persons, explained that “as a youth group that is solely committed and loyal to this great party NPP, we cannot sit unconcerned to let this sad eventuality take place. We have worked so hard as a party to have reached this unprecedented milestone in the district. Therefore, we have a duty to jealously protect the supreme interest of our party and not allow this political vendetta to foster”.

Even though no reasons were given for the dismissal of the DCE, the group alleged that it was masterminded by the Upper West Regional Minister and some bigwigs of the NPP in the Sissala West district due to his inability to attend a durbar organized to welcome the Vice President to the district last month.

Hudu Mua disclosed that the DCE was taken ill and admitted at a health facility in Wa at the time the Vice President visited the area.

The group has therefore called on the President to reinstate Mr. Mohammed Zakaria Bakor to avoid disunity within the rank and file of the NPP in the Sissala West constituency.

“It is our asserted and sustained view that this revocation, if not reversed immediately, will plunge our dear party into avoidable defeat going into the 2020 elections.”

The group further cautioned the NPP’s parliamentary candidate for the Sissala West constituency, Salifu Naluwie to desist from any divisive tendency, as that can derail the fortunes of the NPP in the constituency.

A letter dated September 29, 2020, and signed by the Minister of Local Government and Rural, Hajia Alima Mahama, revealed that the dismissal of the DCE for Sissala West, Zacharia Mohammed Bakor by President Nana Akufo-Addo.

The letter urged the dismissed DCE to hand over to the Regional Minister.

It remains unclear why he was sacked.