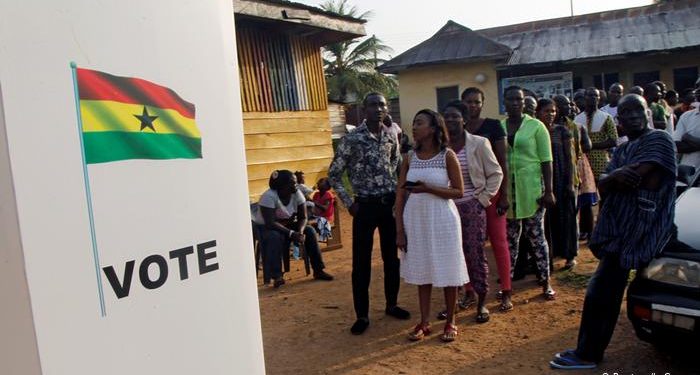 A survey conducted by the Political Science Department of the University of Ghana has indicated that a number of Ghanaians will be influenced by government policies, campaign promises and political affiliations during the December 7 general elections.

35.8% of Ghanaians according to the survey said they will vote base on government policies while 23.8% said they will cast their ballots base on the campaign promises they hear.

According to the survey, 18.1% of Ghanaians said they will vote base on their party affiliations.

According to the UG Political Science Department,11,000 respondents were sampled for the survey in 100 swing constituencies nationwide.

The report of the survey also noted that only 4% of the sampled population said corruption would inform their choice. 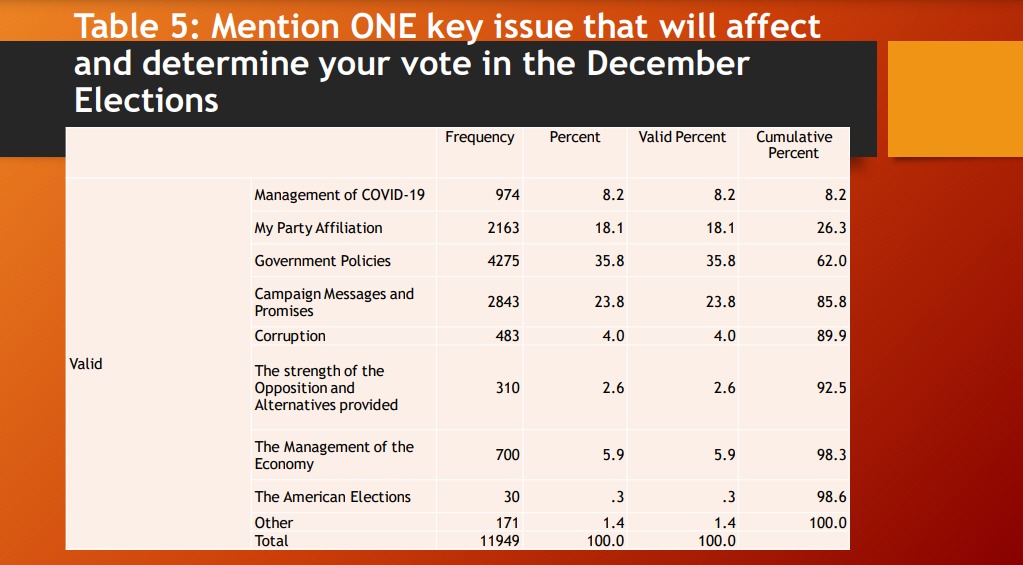 The flagbearer of the opposition National Democratic Congress (NDC), John Dramani Mahama according to the survey is also expected to follow with 40.4% of the vote cast.

The candidate of the Ghana Union Movement (GUM), Christian Kwabena Andrews, placed third in the survey with 1.4% of the sample size. CPP’s Ivor Greenstreet also placed fourth according to the survey with 0.8%.

According to the survey, 4.7% of the sampled population say they are yet to decide on who to vote for less than two weeks to the elections. 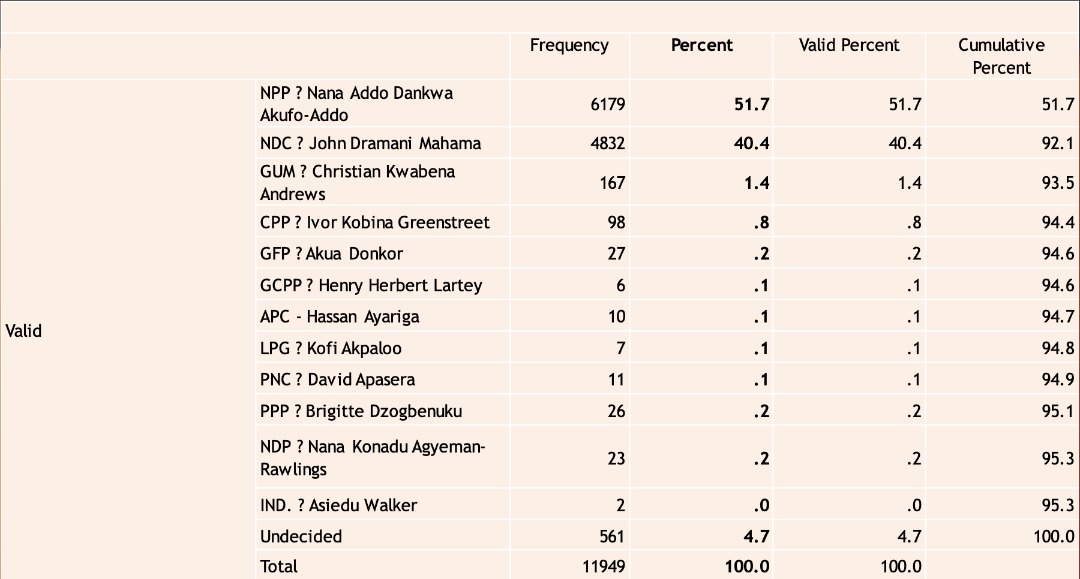