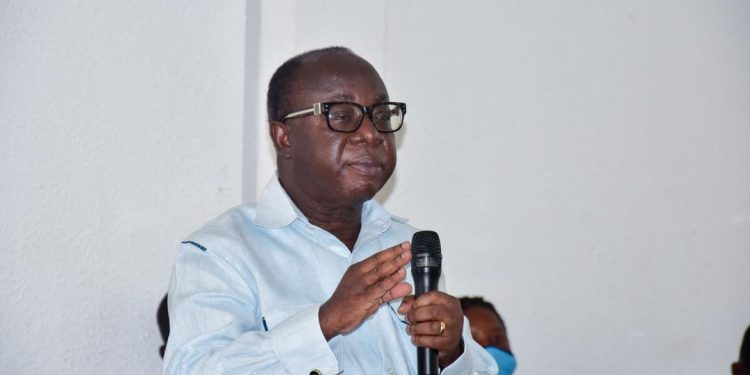 The National Chairman of the governing New Patriotic Party (NPP), Freddie Blay has charged the members of the party not to be complacent in the build-up to the 2020 polls.

Mr. Freddie Blay insists that such actions will cost the party the victory it seeks in the upcoming polls.

“Until we clinch a resounding victory, we can’t sleep. If we sleep, it will slip,” he said.

Freddie Blay said this on Friday, November 20, 2020, when he met the Greater Accra Regional Executives of the NPP, Constituency Executives, MMDCEs, Government appointees, volunteer groups, Regional Campaign Team, Patrons and some leading members of the Region as part of his nationwide tour to ascertain the preparedness of the party and further urge the party on to victory come 7th December 2020.

Mr. Blay also posited that the Greater Accra was going to be the determining region.

He, therefore, charged the Greater Accra executives of the party to work hard to retain President Akufo-Addo as president of the country.

“We need a resounding victory to send a strong signal to the entire country that we are not ready to go back to John Mahama’s wilderness and that we are poised for Akufo-Addo’s promised land.”

“Thankfully, we have tasted both situations. We came from Mahama wilderness where there was dumsor, where agricultural growth was in the negative, where industrial growth was nothing to write home about, where nursing and teacher training allowances were canceled, where the unemployment situation was so unbearable that it led to the formation of the unemployed graduates association, where the cost of electricity was more than the cost of rent, where institutional corruption was the order of the day, the likes of SADA, GYEEDA, Woyome illegal payments and so on and so forth.” 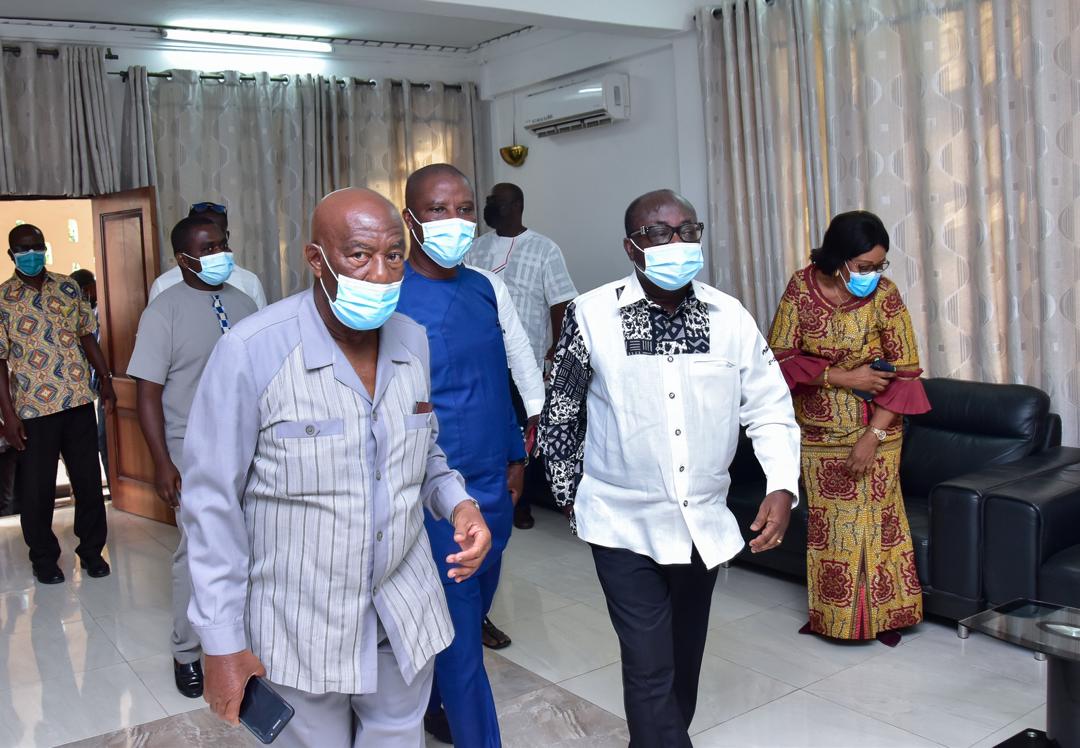 He further said Ghana is blessed to have someone like President Akufo-Addo at this point in time.

According to him, President Akufo-Addo is not corrupt, and attempts to smear him with corruption tags won’t wash.

“Thankfully, God Almighty in his infinite wisdom decided to bless the country with the decisive, compassionate, incorruptible and God-fearing Nana Addo Dankwa Akufo-Addo and because of his foresight, teacher and nursing training allowances have been restored, our children and grandchildren are enjoying free education. Through planting for food and jobs, Ghana is currently exporting 19 food crops. Our cocoa farmers for the first time in history have over 28 percent increment in the producer price of cocoa.”

Mr. Blay also intimated that the Akufo-Addo government is peerless in the area of industrialization, particularly in the development of the automobile industry in the West African sub-region.

“We have major automobile giants like Sino truck, Toyota, VW, and Nissan all setting up assembly plants in the country. Beyond that, local assembly companies have equally received help from tax incentives to serve as financial assistance,” he said.

He thus tasked the party machinery in the region not to sleep until the last ballot is counted and a resounding victory declared. He commended the party’s leadership in the region and appealed to all executive members to bury their differences to prosecute the agenda with a united front.

The Regional Chairman, Mr. Divine Agorhom, assured the National Chairman that the regional machinery is poised for a resounding victory, come December 7th and that they will do all within their means to win the Greater Accra Region with a massive margin.

The National Chairman is on a nationwide tour to all the regions and has so far visited the Oti, Volta, and Eastern Regions.