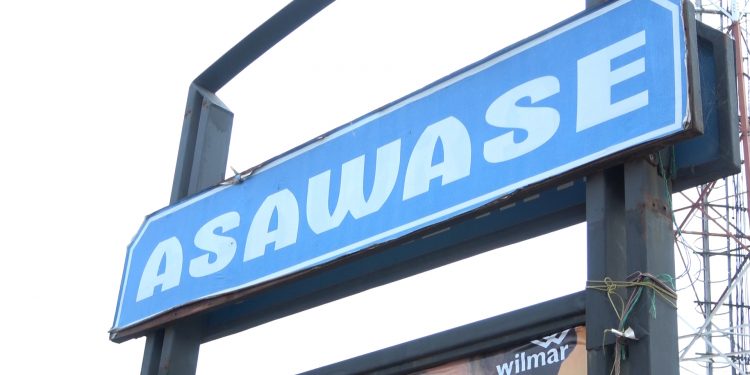 For over two decades of my life, I have lived in Aboabo, a suburb of the Asawase constituency in the Ashanti region. The area has and is still popular for many wrong reasons one can think of. As such, when I introduce myself to people who know or may have heard of the area in one way or the other, the response I typically receive is that “you don’t look like someone who has and still lives there”. This I believe is supposed to be a compliment but it has never sounded like one for me.

Tell you why? The Asawase constituency which is widely known as a ‘Zango’, not Zongo, is largely occupied by settlers from Northern Nigeria. Aside from the Dogombas, the Gonjas, Moshies, and Akans who are originally Ghanaians, the area is made up of Hausa immigrants from Northern Nigeria. These immigrants speak Hausa as a language and as a result, the Hausa language although not Ghanaian but Nigerian, is widely spoken by inhabitants of Zango communities. The word ‘Zango’ not “Zongo” like many say is, therefore, an Hausa word that means “a temporary place of settlement”.

For people living outside the area, the single-story of the area is that inhabitants of Zango communities are rowdy and are prone to violence. Their perception of the area follows some violent incidents that happened in the past compounded with the fact that most of the people living in Zango areas are Muslims, and Muslims have for years been erroneously tagged as rowdy.

Politicians have for years taken advantage of the vulnerability of the youth in the area by contracting some of them to foment trouble in election periods.

It is December 2020 and Ghana is about to go to the polls.

As part of efforts to sustain the existing peace in the country, the security services have identified areas within the country that have over the years recorded cases of election-related violence.

The police have identified 6,178 flashpoints across the country.

Security is usually beefed up in such areas to scare away persons who intend to foment trouble.

The Asawase constituency, Effiduase Asokore, and Ejura-Sekyedumase have been identified as some of the leading hotspot areas with 53, 53, and 50 flashpoints respectively.

These areas are all in the Ashanti region which makes the region top with the highest number of hotspots in the country.

These constituencies mentioned above have a large number of Zango Communities.

In the Asawase constituency, 53 areas have been identified as hotspots and this means that security will be intensified in those areas come December 7.

Although the area has for years been a stronghold of the National Democratic Congress(NDC) the same cannot be said for the 2020 elections.

Unlike previous elections where areas such asBantama, Subin, and Asokwa are known strongholds of the New Patriotic Party(NPP), the dynamics in the Asawase constituency are likely to change.

This is because, for the first time in the history of the Asawase constituency, one cannot predict the winner of the seat of the Member of Parliament for the area.

The two candidates of the two main political parties contesting this year’s election have both worked hard to send their messages to the people.

They are both widely known and loved by the people in the area.

Although the NPP candidate Alhaji Alidu Seidu, is contesting for the second time after he lost in his first attempt in 2016, his comeback has been massive.

This is because he is leveraging on his position as the Municipal Chief Executive for the area and some of his achievements for the period he has been in office.

Several known NDC supporters in the area have defected from the party to join the NPP in the area.

They are now assuming frontline roles in the campaign activities of the party they had opposed.

The NDC candidate who is also the Minority Chief Whip in Parliament, Alhaji Mohammed Muntaka Mubarak has also intensified his campaign to retain his seat.

The competition and the matters that may arise from it is even compounded by the fact that even in the past where one could easily predict who would win the parliamentary seat in the area, elections there were very competitive and it appears this year’s polls could be the most heated ever based on the efforts the two parties and their candidates have put in.

This is because elections in the area have been very heated over the years. And the competitiveness makes the parties want to employ all sort of means to out-do each other. And some of these means have not always been legal or violence-free

In June 2020, during the voters’ registration exercise, several incidents were recorded.

Serious among them was when an alleged national security person pulled a gun on a police officer at the registration center at the Baba Kompom Registration Center at Aboabo.

Political parties accused each other of bussing people from other areas to Asawase to register.

This also generated some amount of tension at some centers.

The incidents that marred the Voters’ Registration Exercise put the constituency in various media headlines which did not favor its image.

The area has thus for years been under strict security surveillance due to its history of electoral violence.

This situation has resulted in a situation where the inhabitants are at times looked down upon and have consistently been tagged as violent.

Ahead of election 2020, over ten(10)groups in the area have embarked on peace campaigns to sensitize inhabitants on the need to embrace peace before, during, and after the electoral process.

Traditional and religious leaders, key institutions, among other individual groups have preached peace to the youth in the area all in their bid to cause a change in this electoral process.

Candidates of the two main political parties in the area, that is the incumbent Member of Parliament(MP) for Asawase constituency, Alhaji Muntaka Mohammed Mubarak, who for the 4th time is contesting on the ticket of the NDC, and the current Municipal Chief Executive for the Asokore Mampong Municipal Assembly, Alhaji Alidu Seidu have led a number of peace walks ahead of the elections.

I want to believe that the peace message is resonating well with the youth in the area as we prepare for the elections. The biggest question here is that “are the assurances by the two main candidates a mere political gimmick or indeed they have cautioned their followers not to cause chaos during Monday’s polls?”.

So if the political parties and their candidates claim not to be behind numerous violent incidents during election years, who causes these violent activities then?

Have the peace campaigns being organized in the area resonated well with the people?

With the various assurances given by the inhabitants in the area, December 7 will serve as a perfect litmus test to showif indeed the people in the area want the violent tag placed on them removed or not.

Although there have been assurances by the residents as well as various political candidates, the security services must put in place adequate strategies devoid of ‘political biases’ to ensure that no incident of violence is recorded in the area come December 7.

We pray for a peaceful election before, during, and after December 7 in Asawase and all other constituencies across the country.