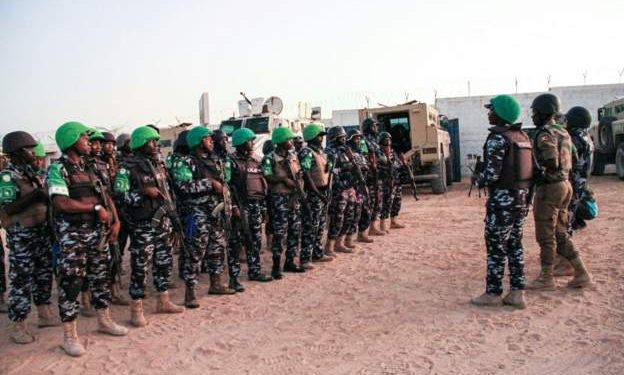 Somalia Information Minister Osman Abukar Dubbe has accused Kenya of planning to destabilise Somalia as it prepares for legislative and presidential elections, the state-owned Somali National TV has reported.

“We respect Kenya, appreciate our neighbourliness and mutual interest. On our side we always uphold these principles. However, Kenya seems not to be interested in that but rather wants to pursue an inappropriate daydream and is a state focused on ambitions to pursue taking the Somali land and waters,” Dubbe said during a press conference broadcast live on the Facebook page of the state TV.

The minister accused Kenya of political interference and hosting opposition leaders in Nairobi. Politicians from Somalia’s southern Jubbaland regional state are among those who have previously held meetings in Nairobi amid discussions over Somalia’s 2020/2021 elections.

“Mogadishu has never hosted a single opposition politician from Kenya, who want to create tension in our neighbours, but instead, Nairobi has become a base where attacks on Somalia are launched from. It has become the base where agreements reached inside Somalia are violated.

“(Nairobi) has become a place where plans to cause political tensions intended to destabilise the emerging governance in our country… That is why we had recalled our ambassador from Nairobi for consultation,” the information minister said.

Dubbe also said al-Shabab seized territories in southern Somalia after the Kenyan Defence Forces that are part of AU Mission in Somalia (Amisom) withdrew from strategic towns in the region.

“After the Kenyan forces withdrew from the towns without informing anybody they were seized (by al-Shabab). Imagine the problems the Somali people who lived there experienced. Is that something we can ignore. Go and ask the residents in Fahfadhun what had happened to them,” the minister told reporters in Mogadishu.

On Monday 30 November, the Somali federal government recalled its ambassador to Nairobi and asked Kenya’s ambassador to Mogadishu “to depart for consultations”.

The Kenyan Ministry of Foreign Affairs denied reports that it is interfering in Somalia’s internal and political affairs.

Relations between Kenya and Somalia have been marred in recent years largely due to a maritime dispute over a 150,000 square kilometre area in the Indian Ocean rich in oil and gas deposits.