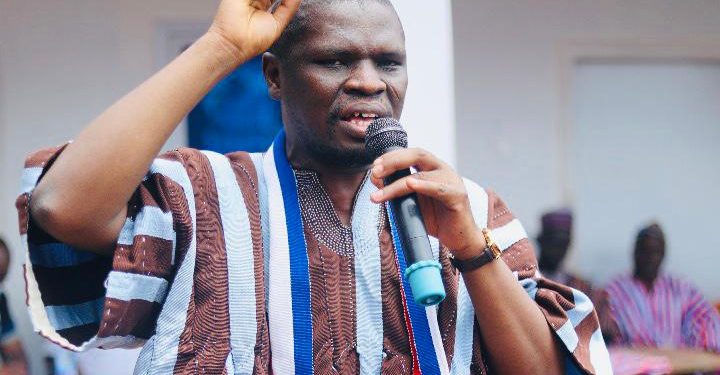 The Executive Director of National Service Scheme (NSS) and the Member of Parliament-Elect of Yagaba/Kubori Constituency, Mustapha Ussif has called on the leadership of the National Democratic Congress (NDC) to stop misleading followers.

Speaking on Citi FM’s Point Blank with Selorm Adonoo on Tuesday, December 22, 2020, Mustapha Ussif said the numerous demonstrations by NDC claiming the 2020 election was fraudulent is just a ploy by the leaders to bolster their chances of re-election and not in the interest of the NDC or Ghana.

Mustapha Ussif who expressed his disappointment in former President John Mahama and the NDC leadership for calling on the party’s supporters to openly protest the outcome of the December polls said the December 7 poll was one of the fairest and most transparent elections in Ghana’s history, and it is unfortunate that the loser is refusing to accept defeat despite clear evidence.

“The current Electoral Commission head, Mrs. Jean Mensah, is also one of the most transparent and efficient EC bosses Ghana has had”, he added.

Commenting on the outcome of the elections, which saw President Nana Akufo-Addo of the NPP winning 51.59% of valid votes cast, Mustapha Ussif said Nana Akufo-Addo had chalked a very remarkable feat, winning the highest vote margin of any incumbent apart from the late JJ Rawlings under the 4th Republic.

“The 2020 presidential result is one of the best 2nd term results of any President in the 4th Republic. The votes gained by the President are an endorsement of policies such as the Planting for Food and Jobs, NABCO, 1 Village 1 Dam, Free SHS, and many more which has significantly benefited the ordinary Ghanaians.”

“Though every incumbent suffers from apathy, the wonderful policies in our first term ensured we did well in terms of percentage secured for our 2nd term” he emphasised.”

The NSS boss reminded the NDC of having only 4 more days to either file their case in court and urged them to use the appropriate means to seek redress if any rather than disrupting the lives of ordinary Ghanaians through threats of anarchy and insecurity.

He also admonished former President Mahama to “act like a statesman and follow the footsteps of President Nana Akufo-Addo in 2012.”

Ussif who lost his seat to his predecessor with a little over 2000 votes in 2016, defeated the National Democratic Congress’ (NDC) Alhaji Abdul Rauf Tanko with a margin of 8760 votes.