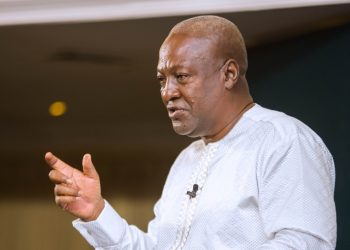 Former President John Dramani Mahama is calling for an investigation into the various incidents that characterized Thursday dawn’s Speaker of Parliament election.

Mentioning particularly the invasion of the parliamentary chamber by military personnel and the snatching of ballot papers during counting by the Member of Parliament for Tema West, Carlos Ahenkorah, John Mahama said Parliament must probe the two incidents and punish persons behind them.

“Parliament must conduct an investigation into the two incidents and exact appropriate sanctions,” Mahama said in a twitter thread.

He accused the New Patriotic Party (NPP) government of trying to return the country to the era where military personnel had control of governance, saying that this is evidenced in the continuous use of the military in various national democratic exercises.

“The attempt to snatch ballot papers by the MP-elect for Tema West and the invasion of the Chamber by armed military personnel are images one had never expected to see in our 4th Republican Parliament. The recent use of the military in civil democratic processes has become a major worry & gives the impression that this admin is continually seeking to resurrect the exorcised ghosts of our military past,” he said.

Several unexpected incidents characterized the dissolution of the old Parliament and inauguration of a new one from the night of Wednesday, January 6, 2021 to Thursday, January 7, 2021.

That issue was resolved and the NDC MP was allowed to vote subsequently.

During counting of the ballots, the Member of Parliament for Tema West and former Deputy Minister of Trade and Industry ran to the table and snatched the uncounted ballots of Prof. Aaron Mike Oquaye and attempted to bolt with it.

According to John Mahama, the developments proved to “low point(s)” in Ghana’s democratic practice.

“The events of last night stretching into the morning of 7th January have been both a great occasion for Ghana’s democracy and at the same time a day of infamy, which will go down as a low point in our democratic practice,” he indicated.

While congratulating Alban Bagbin on his election as speaker of the 8th Parliament, he commended members of the NDC Caucus for their “dedication and commitment,” adding that Bagbin’s election shows how much great things Ghana can achieve through dialogue and consensus building. 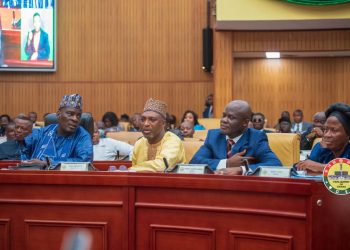 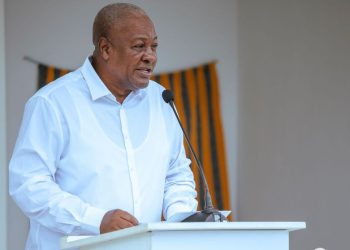 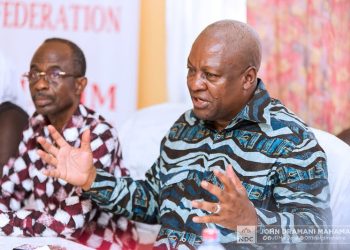