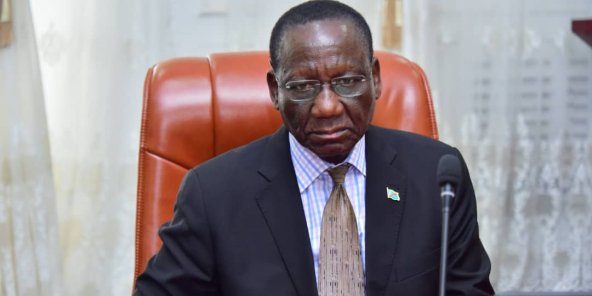 Democratic Republic of Congo’s Prime Minister Sylvestre Ilunga Ilunkamba said on Thursday he accepted parliament’s vote of no confidence in his government, paving the way for President Felix Tshisekedi to appoint loyalists to key ministries.

The departure of Ilunga, an ally of former president Joseph Kabila, will cement Tshisekedi’s break from an alliance with his predecessor that had constrained his powers since he came to office two years ago.

Ilunga, who was given 24 hours to respond to Wednesday’s successful motion against him in parliament, said he acknowledged the legitimacy of the vote, having previously called it into question.

“I await notification of the decision to fulfil my duties in accordance with the constitution,” he said in a statement.

Election Petition: 'The law is not about what you want' - Frank Davies to Mahama's lawyers