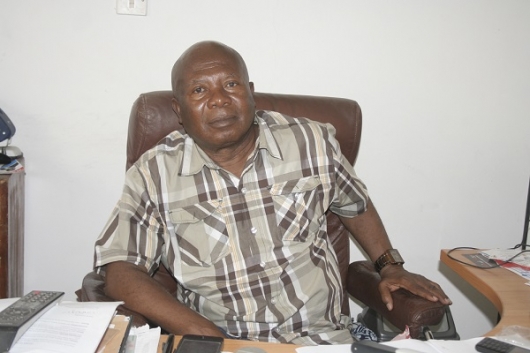 A founding member of the governing New Patriotic Party, Dr. Kwame Amoako Tuffour, has passed on.

He reportedly died at the 37 Military hospital on Thursday, January 21, 2021, after battling with Coronavirus complications.

Dr. Tuffuor was a former National Coordinator of the School Feeding Programme.

He also served as an advisor to President Nana Addo Dankwa Akufo-Addo.

He adds to the list of several high profile personalities who have succumbed to the virus in Ghana.

So far, 358 persons have died from COVID-19 infections in Ghana while the active cases in the country stand at 2,178.

Dr. Kwame Amoako Tuffuor, an accomplished academic, politician and businessman was born on November 23, 1944 in Kumasi in the Ashanti Region.

He lived with his family in Ashtown where he attended basic school. After completing his basic and middle school education, he proceeded to the Achimota School and subsequently to the University of Ghana for his tertiary education.

He graduated with a degree in Physics and left to the United Kingdom to pursue a second degree after working with the Ghana Meteorological Department.

Upon attaining his second degree, he left to the United States for his doctorate course. He returned to Ghana after completion and taught civil engineering at the Kwame Nkrumah University of Science and Technology.

He also ventured into business and managed a number of restaurants in Kumasi.

After a number of years in Ghana, he entered politics and became one of the founding members of the New Patriotic Party.