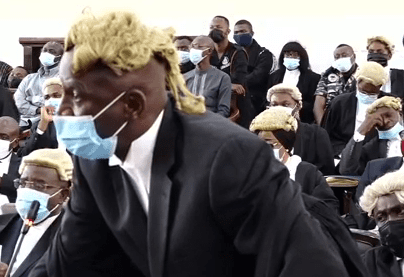 Mr. Akoto Ampaw, the lead lawyer for President Nana Addo Dankwa Akufo-Addo, 2nd respondent in the election petition case, has objected to almost all the 32-paragraph witness statement filed for Rojo Mettle-Nunoo, a witness for the petitioner.

According to Akoto Ampaw, about 20 paragraphs in Mettle-Nunoo’s statement should be expunged because they are not based on the pleadings of the petitioner and unduly prejudicial.

He argued that if lawyers for the petitioner wanted to submit such testimonies, they should have pleaded them in their petition.

The lead counsel for the 1st respondent, Mr. Justin Amenuvor associated himself with the objections raised by Mr. Akoto Ampaw.

Mr. Tsatsu Tsikata, the lead counsel for the petitioner, John Mahama, however, opposed the objection.

He argued that Mr. Ampaw’s objections are baseless “and should be overruled” by the court.

According to him, the witness statement of Mr. Mettle-Nunoo also provided answers to issues raised by the Chairperson of the 1st respondent, Mrs. Jean Mensa.

Mr. Mettle-Nunoo, was allowed by the Supreme Court to testify via online video conferencing platform, zoom.