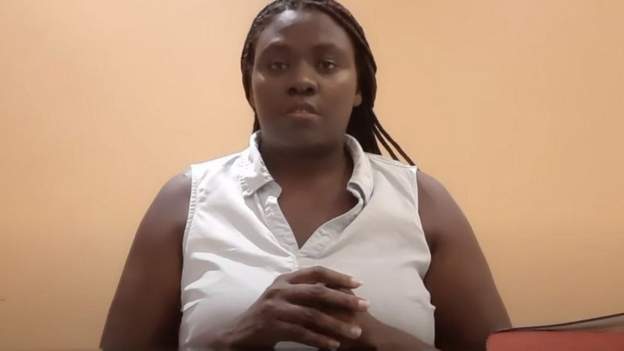 Rwandan YouTuber Yvonne Idamange Iryamugwiza has been arraigned in court in the capital Kigali on six charges including insurrection and incitement to public disorder.

She is accused of “spreading rumours using technology”, “contempt for genocide memorials”, “obstruction of the implementation of government policies” and “using counterfeit bank cheques” among other charges.

She denies all charges.

The YouTuber rose to prominence with videos critical of President Paul Kagame and the Rwandan government.

In one video on her YouTube channel, she criticised the government for displaying the bones of genocide victims in memorials. She said the remains should instead be buried with dignity.

She was arrested on 15 February and Thursday’s appearance was the first time she has been seen in court.

The opposition party PS Imberakuri criticised her arrest as an attempt to stifle free speech.