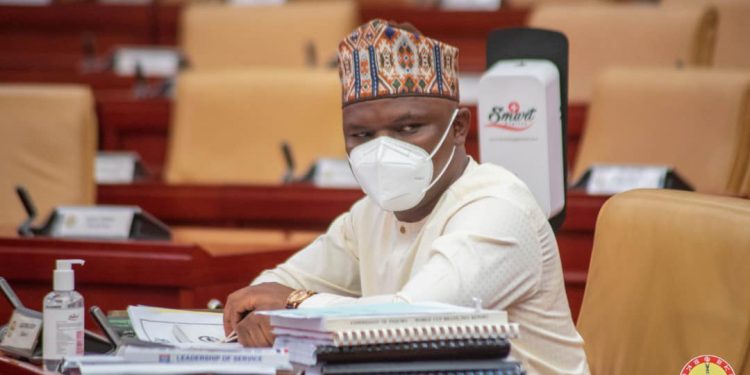 The Minister of Youth and Sports, Mustapha Ussif, says the $25 million his ministry is seeking from the state and corporate bodies will not be allocated to just the men’s senior national team, the Black Stars, as is being speculated.

President Akufo-Addo, at a meeting with Chief Executive Officers from various corporate institutions, revealed that the Sports Ministry and the Ghana Football Association would need $25 million to sponsor their 2022 Africa Cup of Nations campaign in Cameroon and the 2022 World Cup qualifying series which kicks off in June.

Government has been lambasted for the move.

But according to the Sports Minister, this budget will cater for all national team assignments.

Speaking on Citi TV‘s Face to Face, Mr. Ussif stated that, “the budget we have done is not only for the Black Stars. It is for all our national team activities from now till 2022. We have 8 World Cup qualifiers, the CHAN team will be playing their qualifiers, the women’s team as well, and we have to participate at the AFCON. And if we qualify for the World Cup, we will participate there as well,” he said.

President Akufo-Addo stated at the meeting that the government has committed $10 million dollars to the cause.

The Minister for Youth and Sports also stated that he is part of a team that has been tasked to raise the balance of $15 million and urged the media to support the fundraising campaign by encouraging corporate institutions to invest in sports.

“The President tasked me, the GFA, Sammy Kuffour and my deputy-designate to raise the needed support to be able to execute all the programmes and activities that we have, and I want the media to support the ministry in telling the corporate institutions to support our national teams to participate because sports is one of the things that brings the country together.”