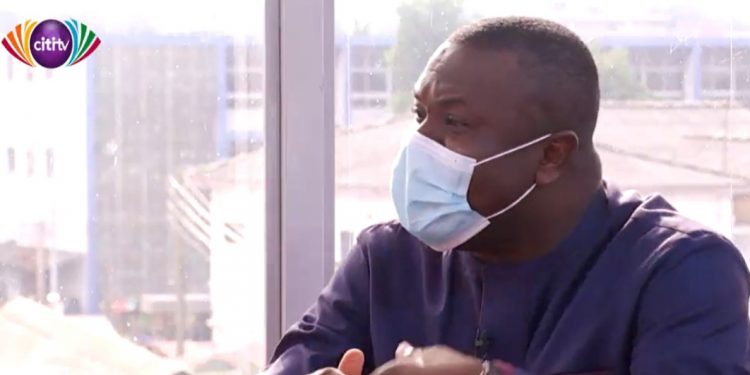 The report concluded that Ghana’s general elections in 2020 were free and fair.

“The elections were efficiently organised and competitive. Voters participated fully in large numbers and the processes successfully met a range of international standards,” the report said

According to the Afigya Kwabre North lawmaker, the observer mission’s report is apt since it affirms earlier reports released by other organisations that also monitored the process in Ghana.

“I think this is not the first time the EU is sending observer missions to observe our [Ghana’s] elections. But the conclusions they [EU] made were affirmed by the AU, ECOWAS, CODEO, and the Atta Mills Institute that indeed the 2020 election was free and fair. Of course, our friends from the NDC side disagreed with those conclusions, but I’m happy the EU has reaffirmed our belief that the Jean Mensa-led administration conducted perhaps the most peaceful and orderly elections Ghana has ever seen since the Fourth Republic. They [EU] also made some recommendations which they will be meeting with stakeholders to deliberate on, but the conclusions are that the polls were free and fair, and it should settle the matter.”

Ningo Prampram MP, Sam Nartey George, who was also on the show, disagreed with Adomako Mensah.

According to him, the Chairperson of the EC must resign for failing to conduct a credible election for Ghanaians.

“In the 2020 polls, if not for the partisan colouration of this country and the way we look at everything, Jean Mensa [would have] resigned because the NDC claims she bloated figures and the NPP also claims she bloated figures. Mr. Mac Manu [Campaign Manager for the NPP] said Mr. Mahama’s figures were bloated and Asiedu Nketia [NDC’s General Secretary] also claims Akufo-Addo’s figures were bloated.”

“So clearly there are some fundamental problems with the processes at the EC, and it is important that they are addressed,” he said.

Give Ghanaians real action on galamsey, not soundbites – Sam George to Akufo-Addo

Give Ghanaians real action on galamsey, not soundbites - Sam George to Akufo-Addo