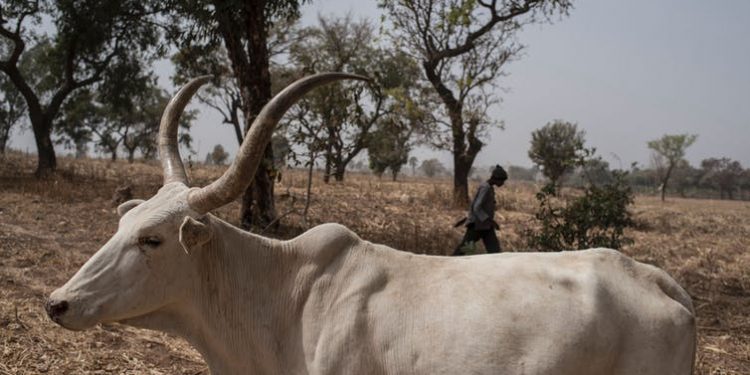 Conflicts between nomadic livestock farmers (pastoralists) and crop farmers are common social problems reported in every sub-region in Africa. These problems even existed before some states gained independence. They are common in communities where both groups of farmers live together, or when the moving herds arrive and feed in farming communities.

The African Union estimates that about 268 million pastoralists live in Africa.

A less well explored question is whether the shrinking of natural resources is the only factor contributing to potentially worse conflicts.

I carried out a review of literature on pastoralist conflicts in Africa and found that another theme emerged: the role of institutions. Institutions here refer to the broad range of rules – traditional practices, modern laws, government policies – that regulate access to community resources such as pasture. The review showed that many of the conflicts could be explained by shortfalls in these institutions operating in the communities.

The analysis led to the view that rapidly changing institutions across many communities experiencing these conflicts in Africa have led to weak resource management practices. This makes communities vulnerable to climate-related changes. Hence there is the need for clear rules about how common resources can be shared.

The research then tested the idea that institutions are key to understanding pastoralist conflict by looking more closely at one of Ghana’s conflict hotspots. This is in the Agogo community, where crop farmers and cattle herders have engaged in violent clashes since the 1980s. Crop farmers complain that grazing herds destroy their farms and herders complain that they are being unfairly deprived of access to resources.

Already, there’s evidence that climate change is having an impact on agriculture in Ghana through worsening rainfall and soil conditions. The fertile lands that farmers and herders compete over are shrinking. This would not be such a problem if it was clear how resources could be shared. But my research showed that there’s confusion among the institutions that govern resource management, and this confusion doesn’t help when it comes to coping with shortages.

My review showed that institutions are relevant in three ways. First, institutions have changed over time, from precolonial to colonial and democratic systems. This affects things like who has rights to land. Second, different kinds of institutions such as customary practices and modern laws operate at the same time and place. It is not clear who is the authority over resources and the management of these conflicts. Third, people attach different meanings to institutions. They see institutions as useful or not, fair or unfair, legitimate or illegitimate depending on how much they gain or lose when the rules are applied. They then cooperate with or resist rules and policies that are supposed to regulate access to common resources.

This was evident in the Ghanaian case study. There was tension between formal and informal rules governing natural resources – a consequence of rapid changes to the way Ghanaian society is organised. Since its independence in 1957, resource management practices have moved from informal customary rules to formal laws. Ghana has pursued a quick decentralisation agenda which has had two key consequences for land resource governance.

First, appointed or elected community leaders are now competing with customary chiefs for legitimacy. Second, customary law and dispute resolution are gradually being displaced by formal laws and court arbitration. These have led to huge controversies. The research reveals for instance controversies about whether it is customary or state laws of citizenship and residence that apply in determining the right to land.

Some farmers regard herders as descendants of foreign nomads who have no right to land. But the herders claim their rights either through West African or national citizenship laws and through the acquisition of formal leases. Both sides see their claims as legitimate. Thus, the conflicting institutional context gives rise to the conflict. Also, there are conflicting political policies to address the issue and there is weak border control which allows illicit arms flows. Both add to the problem.

Depending on which side they wish to appeal to, political actors can choose the rules they support when making promises and policies. The policies are therefore contradictory and incoherent. It is not surprising then that interventions have not so far succeeded.

For instance, the local government introduced a policy to evict nomadic herders from the community. This included the very unpopular idea of killing cattle belonging to herders who refused to leave. At the same time, there were policies from the two main political parties in Ghana to either acquire separate land or create ranches to accommodate the herders. On one hand the policy is to expel herders, but on the other hand it is to accommodate them. With political support on either side, the stakes have moved beyond natural resource competition to competition for political recognition.

Another institutional confusion concerns the protocols of the West African sub-region when pastoralists move from other countries into Ghana. The government professes staunch support for free movement of people across borders, yet state security agents complain about the security threats posed by movement of herders. The borders are being opened despite concerns about weak checks and an influx of illicit arms. The Ashanti Region, where Agogo is located, has been noted as one of the key destinations of these arms flows. With these developments, pastoralist-related conflicts risk becoming more weaponised, creating potential for disaster.

Institutional problems make it difficult to satisfy the interests of both livestock and crop farmers, who are already in contest over agricultural resources.

With climate change threatening to reduce the already scarce resources, these conflicts are expected to rise.

It is necessary then to address the institutional contradictions that exist at all levels: sub-regional, national, regional and community. Any introduction of new rules should pay attention to existing ones and resolve any contradictions first.

There is no doubt that climate change will have an adverse impact on pastoralist conflicts in Africa, but it is the strength of the institutional framework in these communities that will determine how severe the impact will be.

Ghana’s new mobile money rule could derail financial inclusion. But there are answers