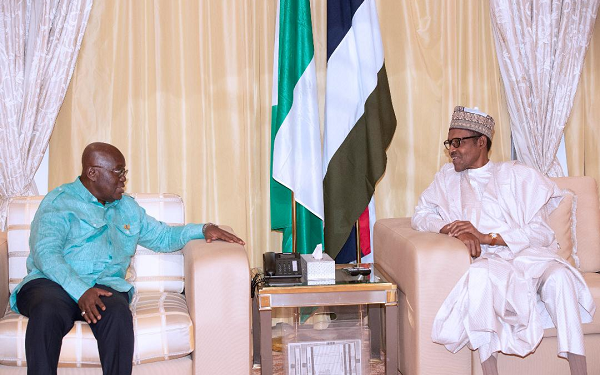 Ghana’s President, Nana Addo Dankwa Akufo-Addo, has expressed profound commiserations to the Federal Republic of Nigeria following the unfortunate passing of its Chief of Army Staff, Lt. Gen. Ibrahim Attahiru and several others.

President Akufo-Addo on behalf of the government of Ghana and Ghanaians sympathized with Nigeria’s President Muhammadu Buhari and the rest of the population over Lt. Gen. Attahiru’s death and that of seven other officials.

In a post on social media, President Akufo-Addo said:

“Our hearts go out to their families and may their souls rest in perfect peace”, Akufo-Addo tweeted.

Lt-Gen Ibrahim Attahiru, was killed after a military Beachcraft 350 aircraft crashed in the north-western state of Kaduna on Friday, May 21, 2021.

The incident happened as the plane was trying to land in bad weather, the military said.

Ten other officers, including the plane’s crew, also died.

President Muhammadu Buhari has said he is“deeply saddened” by the crash.

Gen. Attahiru, 54, only took up his post in January in an overhaul of the military’s top brass.

It was part of the government’s plan to boost the military’s efficiency in fighting a more than decade-long jihadist insurgency.

The Nigerian Air Force said the incident happened as the plane was landing at Kaduna International Airport.

On Twitter, President Buhari said the crash was a “mortal blow… at a time our armed forces are poised to end the security challenges facing the country”.

The crash comes three months to the day after a Nigerian military plane crashed short of a runway in the capital Abuja, killing all seven people on board.