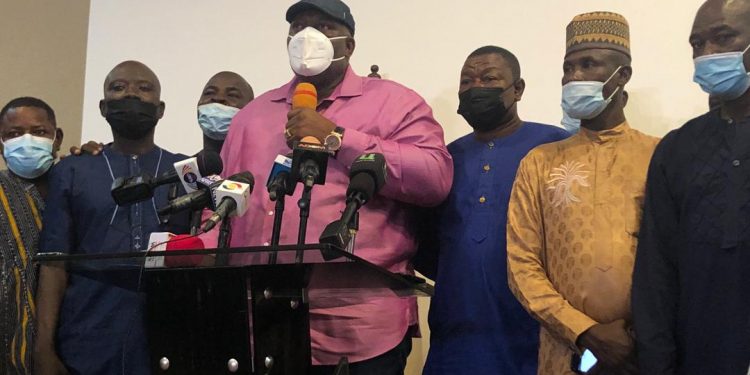 Government has issued a seven-week ultimatum to onion traders in Accra to relocate from Agbogbloshie to Adjen Kotoku, a community within the Ga West Municipality of the Greater Accra Region.

That market however remains abandoned.

In an interaction with the Onion Sellers Association, the Greater Accra Regional Minister, Henry Quartey, said his outfit will be compelled to demolish the Agbogbloshie Onion market on July 1, 2021.

The decongestion exercise is part of the Minister’s ‘Let’s make Accra‘ campaign to improve conditions in the national capital.

So far, Henry Quartey has met administrative officers in the region, and has instituted some other initiatives to realize the agenda.

Mr. Quartey has also intimated that under his leadership, the Greater Accra Regional Coordinating Council (RCC), would strive to provide lasting solutions to developmental challenges in the region, and ensure its swift transformation into a national capital of repute.

The Minister has promised to put an end to trading along major streets in Accra as the activity generates a lot of filth.

He cited the Graphic Road as an example, and has thus given a two-week ultimatum to such traders to vacate the area.

These initiatives have won him the admiration of some Ghanaians.

Load shedding time-table released for other parts of Accra