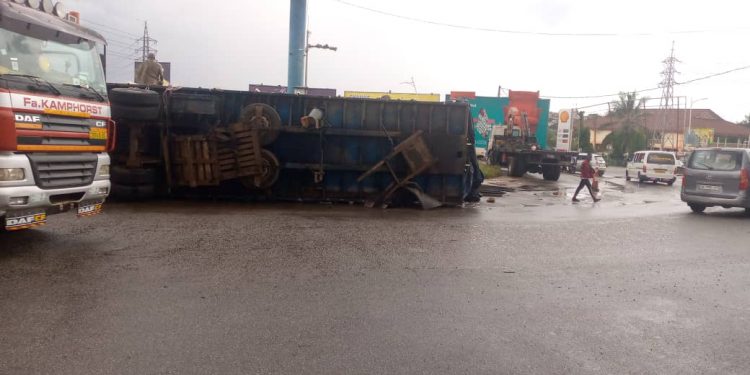 For the past week, commuters and drivers who use the Kumasi Airport Roundabout, a popular and busy intersection in the Kumasi Metropolis, have been forced to endure a heavy vehicular traffic.

This because a truck with a foreign registration number loaded with metal has not been towed a week after it overturned in the middle of the road.

The inability of those in charge to ensure the overturned truck is towed away from the road has resulted in heavy vehicular traffic on the stretch. 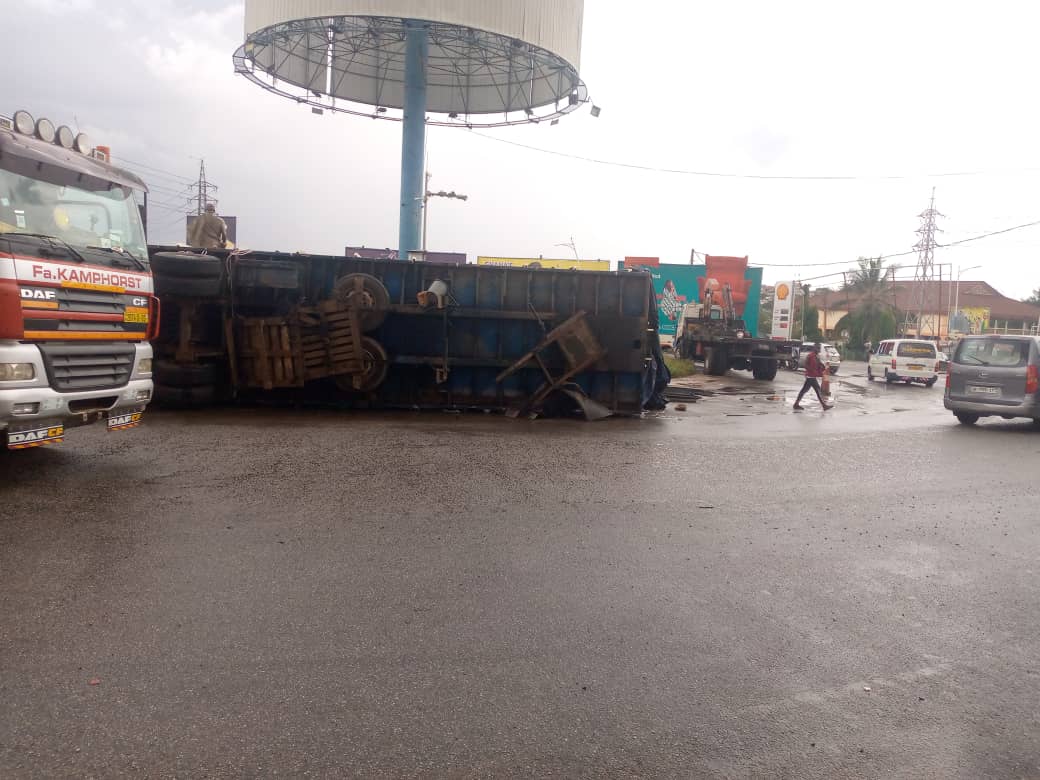 The roundabout, which is a major intersection to the Kumasi Airport, makes it even busier when dignitaries like the President of Ghana and other government officials are visiting the Ashanti Region.

Some drivers and other road users who spoke to Citinewsroom.com expressed concern about the heavy vehicular traffic created by the situation. 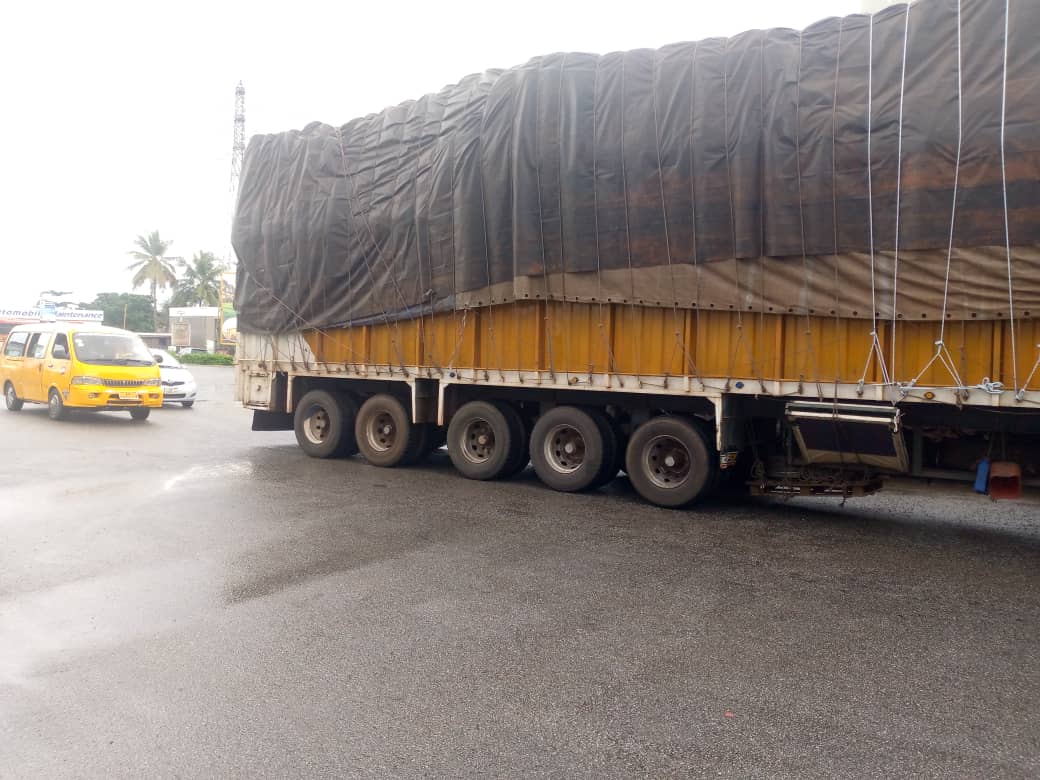 Aside from the potholes that have developed at the intersection which is a worry to drivers, the truck, which has been left in the middle of the road, is compounding their discomfort.

“Someone in authority must ensure these trucks are towed away when they fall, but this is not the case. This is affecting productivity”, a driver lamented

The situation has made the intersection narrow and commuters fear this can result in an accident if not addressed quickly. 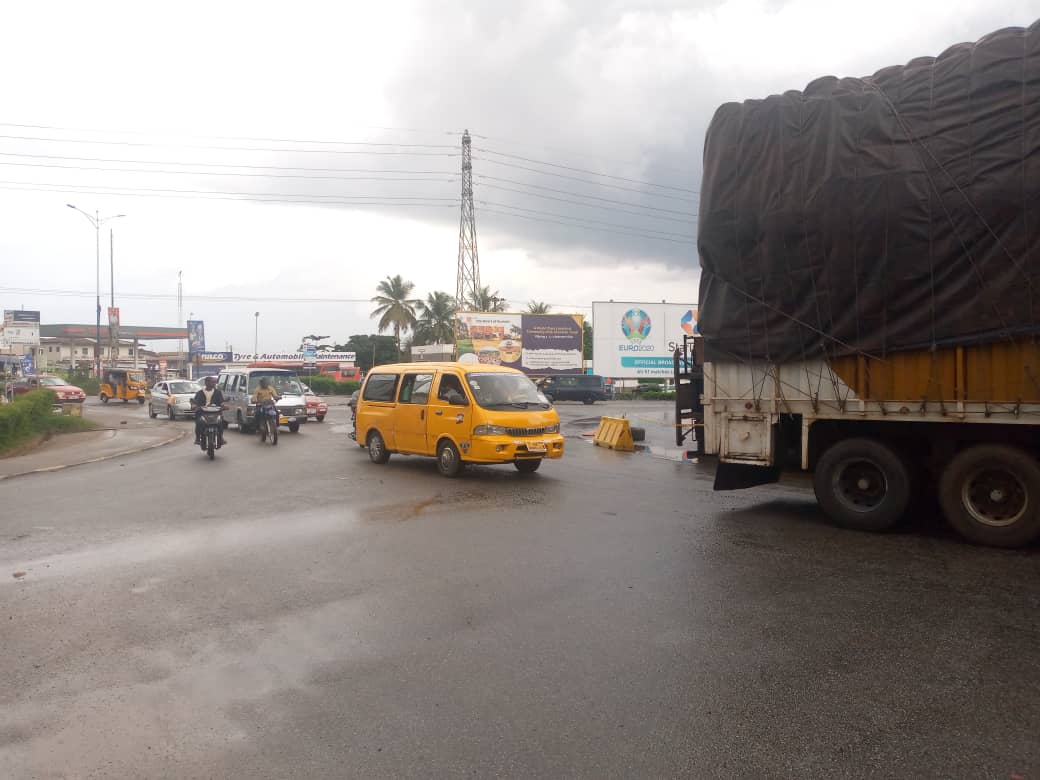 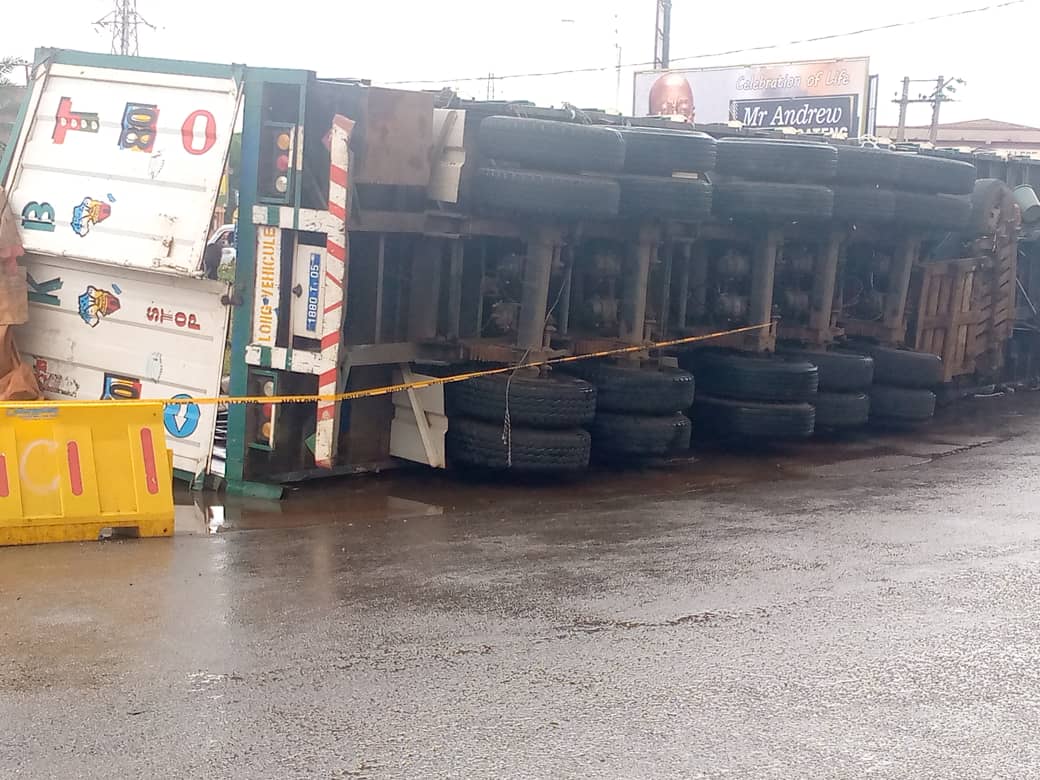 Accidents caused by faulty stationary trucks that take a long time to be towed are common in Ghana. Nonetheless, authorities have not taken the needed steps to end this practice.

Just last week, two lives were lost after an Intercity STC bus ran into a faulty articulated truck on the Accra-Kumasi Highway in the early hours of Wednesday, June 16, 2021.

The Suhum Police Command in a statement reported that “a 45-year-old driver, Abdul Raman Haruna, was driving a MAN Diesel Articulated truck with registration number GC-7150-11 from the Kumasi direction towards Accra. On reaching a section of the road at Akim Asafo about 12:00 am, the truck developed a mechanical fault. The suspect driver abandoned the truck on the road without informing the nearest Police station.”