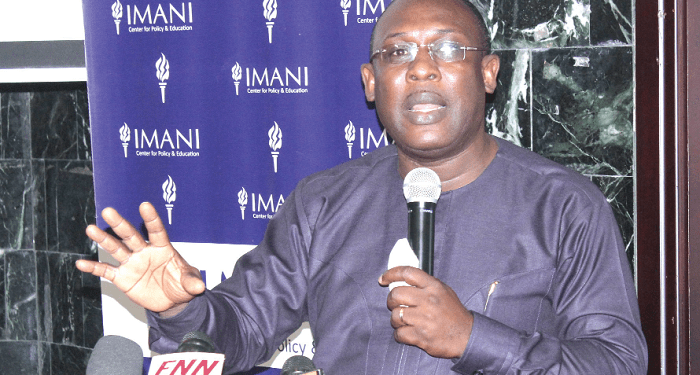 Senior Vice-President of IMANI Africa, Kofi Bentil, says the government has not been responsible enough in its quest to procure Russia’s Sputnik-V vaccines to augment Ghana’s COVID-19 inoculation exercise.

The failure to make use of the government-to-government approach and settle on middlemen to obtain the vaccines from the black market, Mr. Bentil believes, is a heedless move to toy with the lives of citizens in the wake of the global pandemic.

“If we are going to buy the vaccines, we must buy from the manufacturers and vaccinate our people. In this case, we did not need or have to use a middle man. Middlemen are very unreliable and in this particular instance, it has been proven that they are very unreliable. This looks bad, it should not happen because people can die. If people start dying or start getting side effects and reactions, who do you attack”?, Kofi Bentil quized on Joy FM’s News File.

The Health Ministry has also justified why the government must procure the vaccines using this means, even at an overpriced value, saying it was compelled to rely on the market for the vaccines after it failed to procure supplies directly from the Russian government.

Kofi Bentil however disagrees with the position and maintains government has got it entirely wrong with the manner in which it wants to purchase the vaccines because the approach is a disregard for due diligence.

“Which responsible government will go to the black market and deal will shady and underground characters with zero track record and present things that cannot work and give them more than the normal price and the regular route to get vaccines for their people?. Who does that when the people have clearly shown that they cannot reduce or deliver better than the regular manufacturers?” he asked.

Ghana not being swindled

The Health Committee in Parliament has said the government is not being ripped off in any deal to procure Sputnik-V vaccines.

Chairman of the Committee, Dr. Nana Ayew Afriyie said, although the country has signed agreements with suppliers, none of the consignment has been received.

He argued that the Russian Direct Investment Fund (RDIF) and the procurement of the Sputnik-V vaccines require the use of middlemen whose activities will lead to an increase in the original price of the jabs hence, the concerns being raised over ‘abnormal’ pricing are misplaced.

“We have not been swindled as a State. Even though we are in a desperate state to get vaccines, the policy of the government which is a very good one is to get business persons to go into the Sputnik V space”, he stressed.

But the Minority in parliament is demanding the immediate termination of any contract between Ghana and any entity for the procurement of Sputnik V vaccines.

Ranking Member on the Health Committee, Kwabena Mintah Akandoh says, revelations about the government procuring vaccines at $19 per dose instead of $10 smacks of financial impropriety and cost inflation stating that there is no justification for the government to procure the Sputnik V vaccines at such a cost.

“The minority in Parliament will urge the government to reconsider both terms of this contract with particular emphasis on price and work assiduously through proper diplomatic and approved channels to secure COVID-19 vaccines for Ghanaians. This contract is unconstitutional, null, and void and the government should abrogate and refrain from making any payment with respect to this contract before laying the entirety of the contract before Parliament for scrutiny and subsequent approval.”