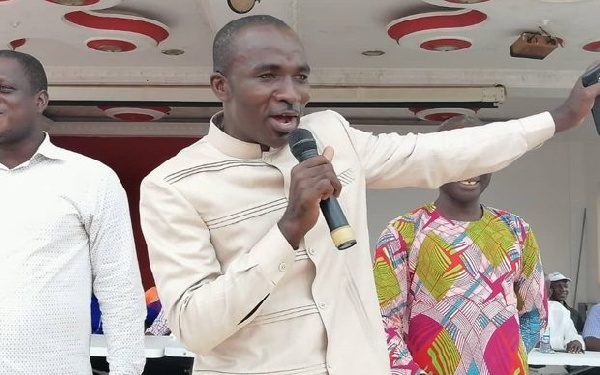 It has emerged that immediate past Member of Parliament for Nhyiaeso Constituency in the Ashanti Region, Kennedy Kankam, provided a response to clarify the Audit query contained in a management letter to the Kumasi Metropolitan Assembly with regards alleged irregularities in the use of his portion of the District Assemblies Common Fund( DACF).

Mr. Kankam is alleged to have given instructions for an amount of GHS500,000 to be transferred from his share of the DACF to a private bank, which he disbursed to 430 people in his constituency in 2020.

According to the audit report, several months after the amount was disbursed, no efforts have been made to recover the money.

In a response to the report sighted by Citi News, Kennedy Kankam wrote to the KMA Chief Executive on September 20th, 2020, asking for a reclassification of the loans as start- up capital.

He said this was to provide relief to the beneficiaries of the supposed loan who are mostly traders, and had been affected by the demolishing of the Kumasi Central Market.

According to him, the decision was also to help the business owners cope with the impact of COVID-19 on their activities.

In another letter dated 27th November, written by KMA in response to the request from Kennedy Kankam, the Metro Co-ordinating Director indicated that the Assembly had no reservations about the position of the then Member of Parliament to convert the soft loans into Start-up capital.

Kennedy Kankam served as Member of Parliament for Nhyiaeso from 2017 to 2021.

The former MP is vying for the position alongside the current Mayor for KMA, Osei Assibey Antwi, after losing the New Patriotic Party’s primary ahead of election 2020 to Stephen Amoah, who eventually replaced him as MP for the Nhyiaeso Constituency.

The two other contestants are Collins Owusu Amankwah, a former MP for Manhyia North, and the current Ashanti Regional Secretary of the governing New Patriotic Party, Sam Pyne.

Meanwhile, the Kumasi Metropolitan Assembly says it deems the management letter from the Audit service as confidential until it has fully responded to the observations which will appear in the final Audit report.