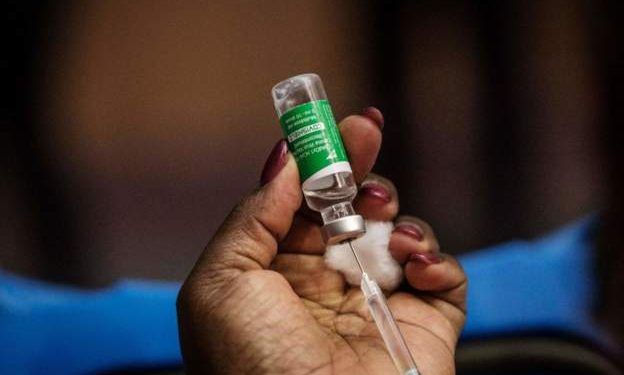 Over 2.18 billion doses of coronavirus vaccines have been administered worldwide so far, figures compiled by Our World in Data showed on Tuesday. 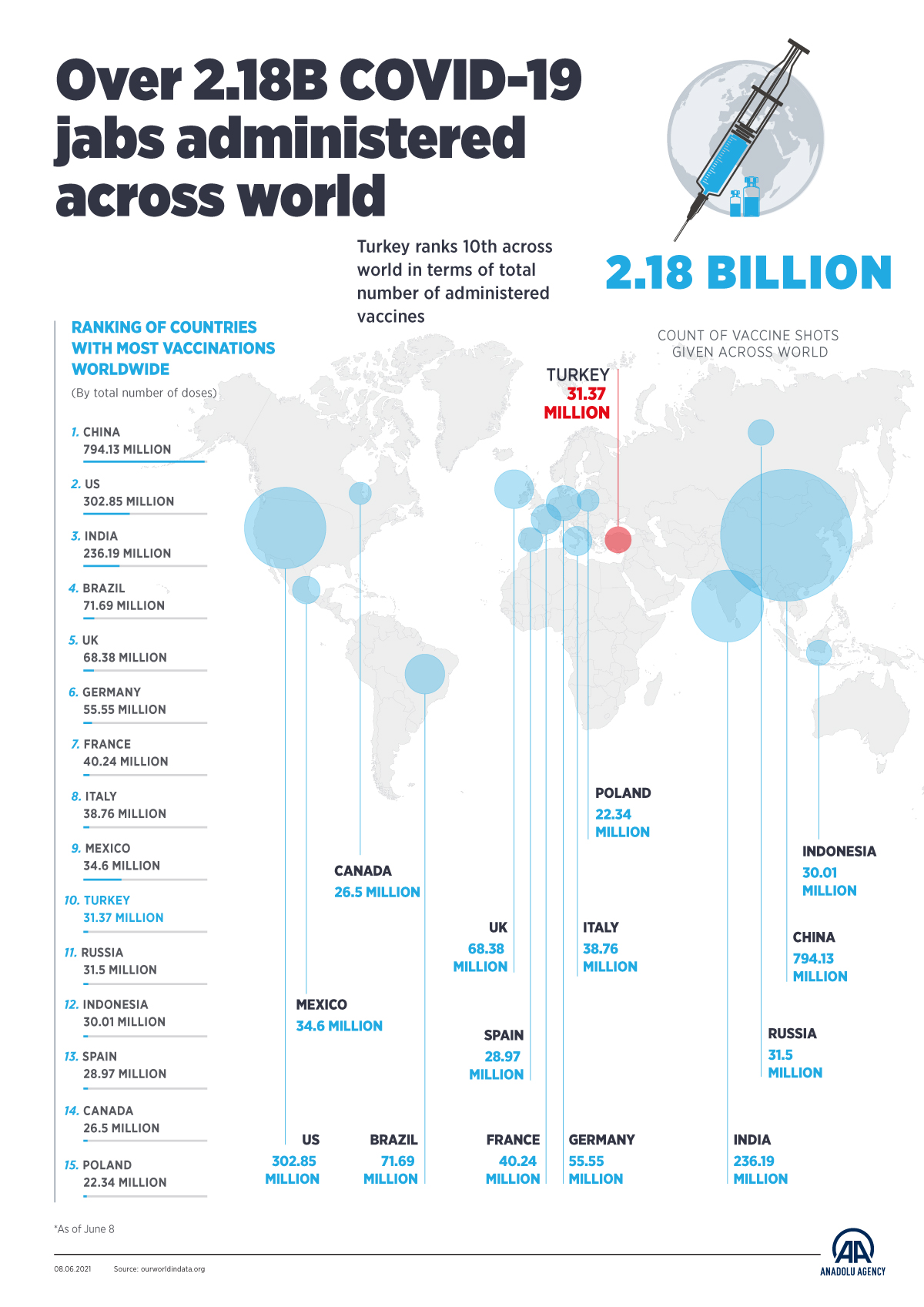 China leads the global count with over 794.13 million jabs, followed by the US with 302.85 million, according to the tracking website.

Turkey ranks 10th on the list with over 31.37 million doses, followed by Russia, Spain, and Indonesia.

The country with the most doses administered by population is the East African island nation of Seychelles, with 138.83 doses per 100 people.

Most COVID-19 vaccines are administered in two doses, so the number of shots given is not the same as the number of individuals fully vaccinated.

Since December 2019, the pandemic has claimed over 3.73 million lives in 192 countries and regions, with more than 173.69 million cases reported worldwide, according to the US’ Johns Hopkins University.

The US, India, and Brazil remain the worst-hit countries in terms of the number of infections and deaths.