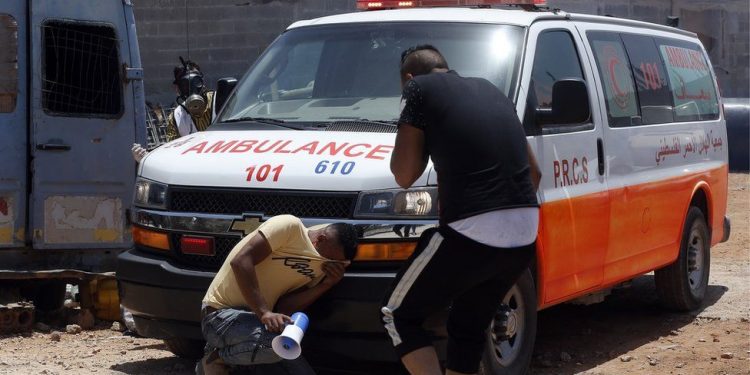 Israeli soldiers shot and killed a Palestinian teenager in the occupied West Bank, the Palestinian health ministry said on Friday.

Mohammed Hamayel, 15, died in clashes as Palestinians protested against the building of an illegal Jewish settlement near the city of Nablus.

The Israeli army said there was a riot and soldiers’ lives were in danger.

The incident comes just weeks after an 11-day conflict between Israel and Palestinian militant groups in Gaza.

Mohammed Hamayel was buried on Friday, just hours after his death. Six people were also wounded in the protests, the health ministry said.

“The rioters burned tyres, hurled rocks and launched fireworks towards troops who were present at the scene, endangering their lives,” said an Israeli military spokesperson quoted by Reuters news agency.

“The troops responded with riot dispersal means and fired toward the rioters.”

The protest in Beita, near Nablus, where Mohammed Hamayel was killed takes place weekly.

It is a demonstration of opposition to an illegal outpost of Jewish settlers recently re-established at Evyatar.

Since it was first established in 2013, Evyatar has been razed several times by Israeli troops.

Settlers began the latest attempt to re-establish Evyatar last month, following the fatal shooting of a young Israeli man, Yehuda Guetta, at a nearby junction. There are now 47 families living on the site, according to the Times of Israel.

Last Sunday, the Israeli military issued an order to all those living at Evyatar to vacate the site by Monday 14 June and banning further construction.

The deadline for the settlers to leave expires the day after a new Israeli government is expected to be sworn in, bringing an end to Mr Netanyahu’s time in office.

If the new coalition takes office, it will be headed by Naftali Bennett, a right wing nationalist who rejects the concept of a Palestinian state.

Israel has occupied the territories since the 1967 Middle East war. More than 600,000 Jews live in about 140 settlements in the West Bank and East Jerusalem.