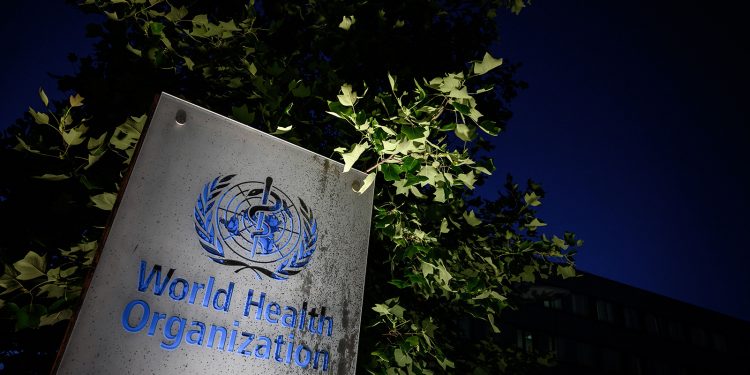 A photo taken in the late hours of May 29, 2020 shows a sign of the World Health Organization (WHO) at their headquarters in Geneva amid the COVID-19 outbreak, caused by the novel coronavirus. - President Donald Trump said May 29, 2020, he was breaking off US ties with the World Health Organization, which he says failed to do enough to combat the initial spread of the novel coronavirus. (Photo by Fabrice COFFRINI / AFP) (Photo by FABRICE COFFRINI/AFP via Getty Images)

The World Health Organisation, (WHO), is warning African countries to put in place adequate measures to minimise the causalities that may result from the third wave of COVID-19 infections.

A number of African countries have seen a spike in their COVID-19 cases following the emergence of the deadly Delta Variant on the continent.

According to her, the latest surge threatens to be Africa’s worst since the pandemic began.

“The third wave is picking up with speed, spreading faster, and hitting harder. We’ve surged past last year’s peak, and at the current pace, the continental cases will surpass the second wave’s peak in just about three weeks. This is incredibly worrying, and with rapidly rising case numbers and an increase in reports of serious illnesses, the latest surge threatens to be Africa’s worst yet.”

This was confirmed by the Head of the West Africa Centre for Cell Biology and Infectious Pathogens  (WACCBIP) at the University of Ghana, Professor Gordon Awendare.

He said the variant was detected in two travellers who arrived in Ghana.

“We are saying that in Ghana we have had a few of them [Delta variant] detected, but in travellers who arrived from different countries.  This was noticed about a week or two ago; two people so far who were quarantined.”

Meanwhile, the country’s inoculation exercise has been hard hit, with the difficulties in accessing vaccines on the market.