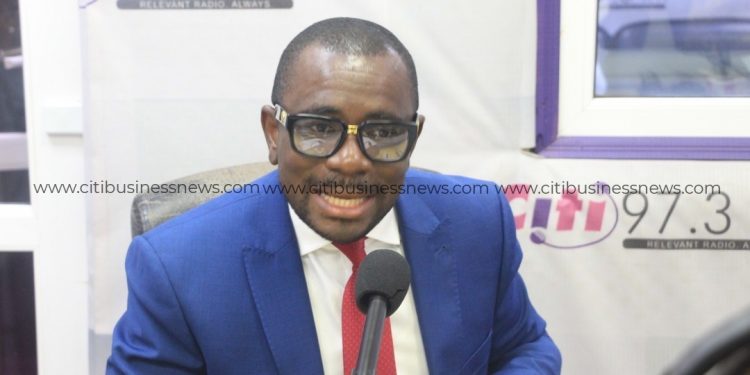 The outbreak of the global COVID-19 pandemic has had a toll on the completion of road projects under the Sinohydro deal, Chairperson of the Roads and Transport Committee in Parliament, Kennedy Osei Nyarko has stated.

He said, but for the pandemic and its ravaging impact, the project was going on smoothly as scheduled without any hitches.

The Minority in Parliament has described the Akufo-Addo government’s flagship Sinohydro road deal as a total failure.

For the caucus, the absence of contractors at various sites across the country bears testimony to the fact that the project, years after being approved by the House, has turned out to be a fiasco.

But, Kennedy Osei Nyarko, while providing explanations for the delay in the project on Citi TV’s The Point of View show attributed the situation to the Coronavirus pandemic.

“The agreement was passed in the latter part of 2018. Everything started well in 2019 until the COVID-19 outbreak. Things had to slow down. The contractors are from China. It is not a Ghanaian company handling it. Even, to ship items or equipment here, the pandemic affected the whole arrangement. The Minister has even told us that, this has delayed the project.”

President Akufo-Addo inaugurated a US$1.5 billion road infrastructure project under the Sinohydro Master Project Agreement by cutting sod for the construction of the Tamale Interchange project in April 2019.

Months after the launch, much is yet to be seen under the overall US$2 billion deal.

Though critics called for the agreement to be reviewed warning it would add to Ghana’s debt stock, the government insisted it is a barter arrangement that will not ballon the public debt.

Ranking Member on the Roads and Transport Committee in parliament, Governs Kwame Agbodza, also speaking on the Point of View on Citi TV, said the government has failed in the execution of road projects under the Sinohydro agreement.

Mr. Agbodza, also the Member of Parliament for Adaklu and Minority Spokesperson on Roads, maintains that the contractors working on the project have also failed to ensure speedy completion of the work because they lack the financial and logistical capacity to do so.

He referenced the government’s own 2020 report on the status of Sinohydro road projects in which it admitted that whereas some of the roads are some percentages complete, there are others that are yet to commence or being mobilized by the contractors.

Governs Agbodza is therefore proposing an abrogation of both the agreement and the contract given the abysmal execution of the part of government and project managers, adding there are more local contractors who have the capacity to ensure that the work is done.