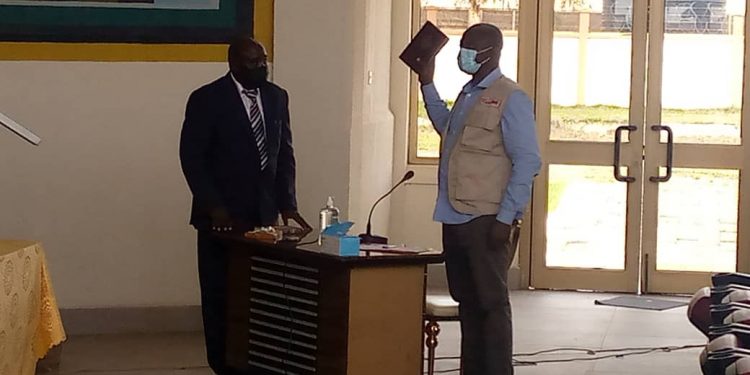 The Multimedia Group has lodged a formal complaint at the Ashanti Regional Police Command over alleged threats on the life of its reporter, Erastus Asare Donkor, by the Member of Parliament for Assin Central, Kennedy Agyapong.

The media organization said Kennedy Agyapong on a television show on his Net 2 TV last Friday, called for the reporter to be beaten after raining insults on him.

It said the attack on the reporter by the legislator is a result of the former’s journalistic work in connection with the recent violence at Ejura in the Ashanti Region, and his testimony before the Justice Kingsley Koomson committee probing the issues related to the disturbances.

(a) called for the ‘serious’ beating of Erastus Asare Donkor;

(b) asserted that “we should beat the hell out of” Erastus Asare Donkor; and

(c) threatened that if he (Honourable Agyapong) were the President of Ghana, he would have ensured that Erastus Asare Donkor is beaten mercilessly,” part of the petition stated.

While recalling that the legislator issued a similar threat to Ahmed Suale over some investigative work he had done before he was killed in 2019, the petitioners called for an investigation into the matter and adequate protection for the journalist.

Erastus Asare Donkor, a Journalist with the Multimedia Group in Kumasi in the Ashanti Region, said he saw a total of seven military personnel who engaged in the shooting that left two protesters dead and four others injured in the Ejura disturbances.

He made this known when he appeared before the three-member ministerial committee investigating the issue. Mr. Asare Donkor further added that the military initially started firing warning shots into the air, but later changed the direction and fired directly into the protesters. 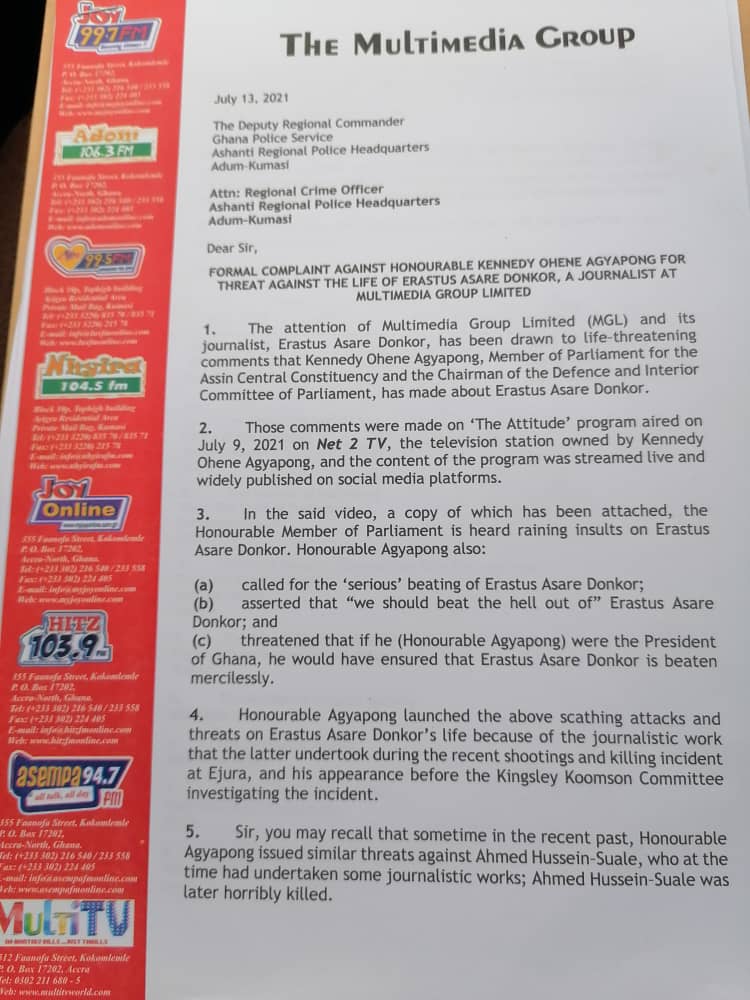 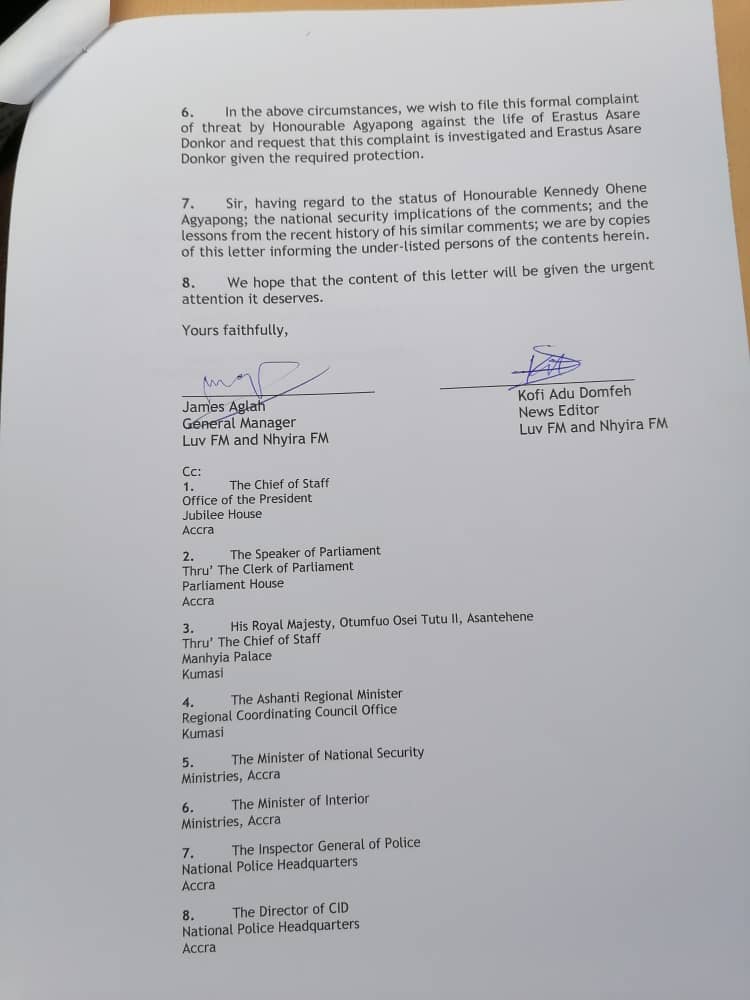 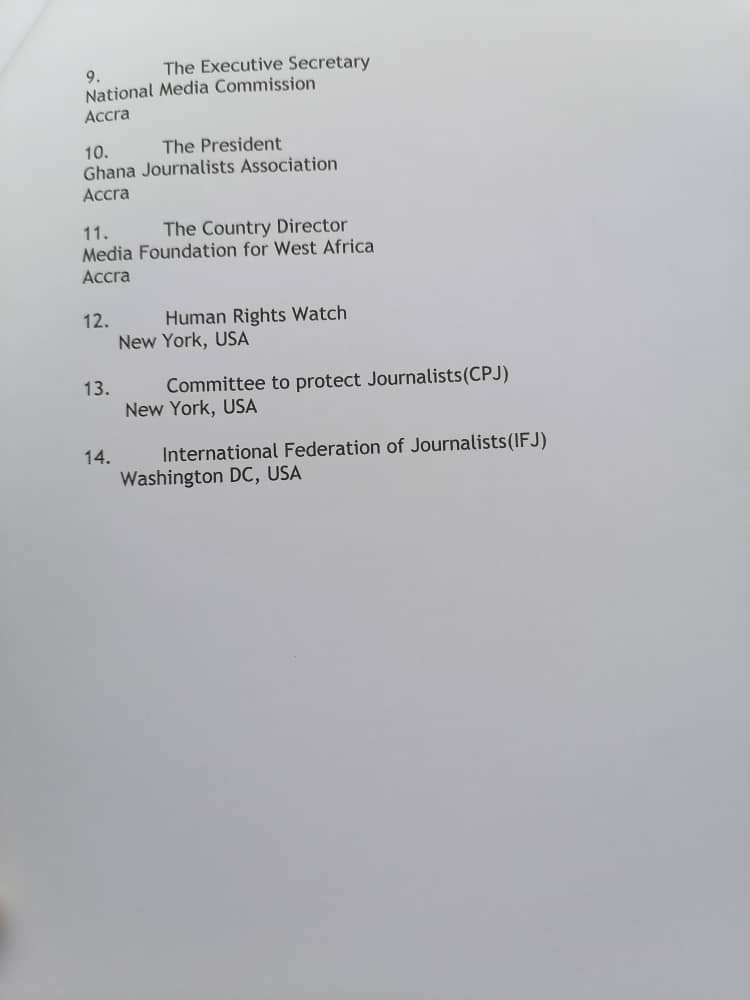