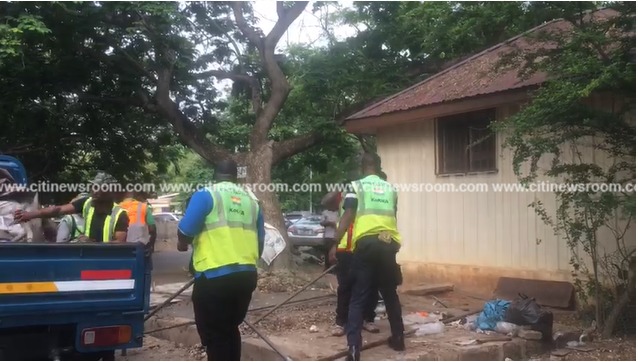 A team drawn from the Greater Accra Regional Coordinating Council in collaboration with the Korle Klottey Municipal Assembly has embarked on massive demolition of unauthorized structures and billboards at the Ministries enclave.

The Municipal Chief Executive of Korle Klottey, Nii Adjei Tawiah explained that the exercise is part of the government’s efforts to keep Accra clean. 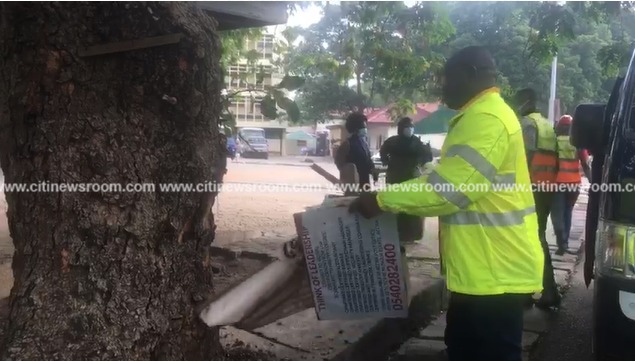 “We are trying to get all unauthorised structures removed. This is our first port of call. We engaged the Ministries. People have put all sorts of structures in places that have not been authorised. So in making Accra work, we believe we should start [the demolition] from the Ministries. So from here, we will move to the Osu township”.

The day-long operation involves a massive clean-up of streets and the moving of traders who also sell in areas like Osu Oxford Street and the Ring Road.

Some traders expressed their displeasure with the exercise.

Contrary to claims by the Municipal authorities that the traders had been given prior notice, one of them told Citi News they were only informed about the demolition exercise on Thursday.

“I have been selling here since 2008. They didn’t give us ample notice. They just told us yesterday. I have bought all my goods to do business today. Now, I am frustrated and do not know what to do.”

“I began engaging in petty trading here at the Ministries in 1998 but recently, the Assembly told us to get a card to enable us to sell. They directed us to move away from the pavement and sell at the other side of the street, which we did. Later on, they asked us to come and renew the card. Shortly after we did that, they have come here to remove our structures. It is so unfair. They should have told us to just vacate the place other than allowing us to spend money for the renewal. We are not happy about the turn of events,” another disgruntled trader said. 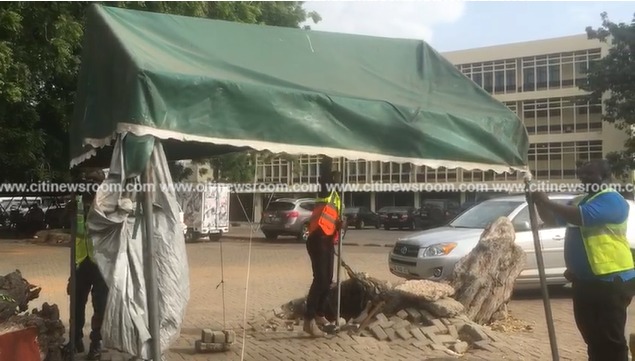 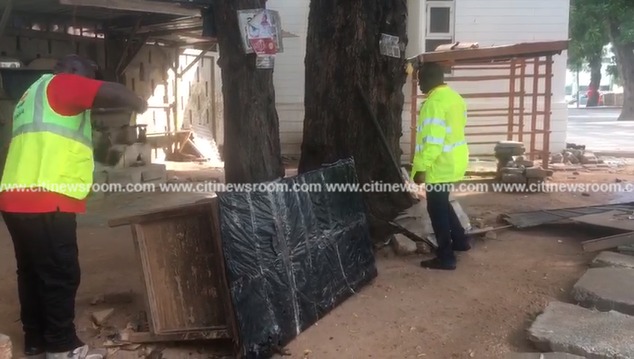 A number of demolition exercises have been carried out in some areas of the Greater Accra Region. 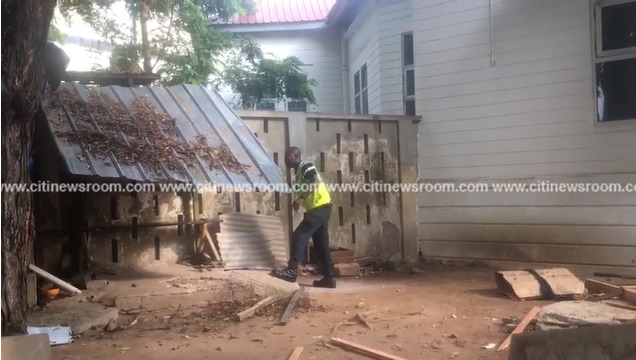 The Minister has already met administrative officers in the region and has instituted some other initiatives to realize the agenda.

‘The media is not our enemy; sometimes we slip’ – Afenyo begs for Kennedy Agyapong