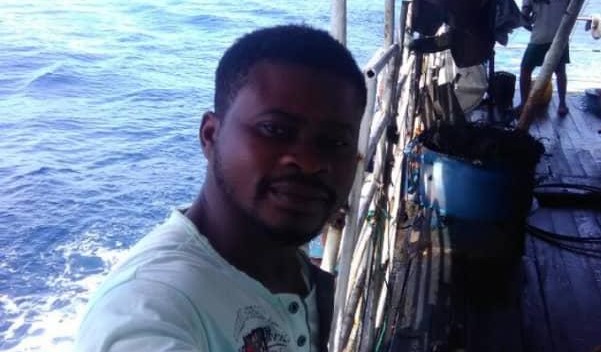 Two years after the disappearance of Emmanuel Essien, the Ghanaian who went missing on a Chinese fishing vessel, officials say no one has  been held accountable yet.

Mr. Essien was attached to the Chinese vessel  Meng Xin on July 5, 2019 on observer duties but, but disappeared under mysterious circumstances.

“The investigation has not been concluded, but we have undertaken some investigation which has been validated but has not been able to establish the whereabouts of Mr. Essien. Currently, we do not have the full report of the Marine Police. The investigations are still ongoing so for now, he is still missing,” the Director-General of the Ghana Maritime Authority, Thomas Alonsi, stated when he addressed the media on Wednesday, August 11, 2021.

On piracy on the country’s waters, he said Ghana is collaborating with Nigeria to fight the menace.

“Piracy has become a topical issue in the sub-region. You have heard about piracy along our territorial waters. To deal with this menace, the authority and other stakeholders have come together to find ways and means to fight piracy in the sub-region. The Authority has engaged in a number of consultative meetings with the Naval Command in a bid to find common solutions to the problem. As part of our efforts to stem this tide as well, the Authority held a meeting with its counterparts in Nigeria in that regard.”

Emmanuel Essien embarked on a scheduled observer mission with the said vessel, but has since not been seen.

His colleagues allege that the vessel returned from its deep-sea operations without Emmanuel.

The observers also accused authorities of doing very little to find their missing colleague, adding that several of such complaints have not yielded any result.

The family of the missing fishing observer has, time without number, been calling on the government to help them find their relative.

A sister of the missing observer, Mercy Essien, said the government must investigate the disappearance of their brother.

“Essien is my younger brother. I received a call from his workplace informing me that he is missing. So, I asked where he was but the foreigners he works with claimed that they saw him the previous morning but by the next day, he was nowhere to be found. So I am asking, where is he? He shared a room with three Chinese nationals, and I don’t know if they killed him or not. I simply don’t know what he did to them for him to disappear mysteriously. He has a family, so whenever he is, he should be returned to us.”

“The government must also investigate this matter because all of my brother’s belongings are still intact. We need the help of everyone to find our brother because we hear the Chinese nationals are usually complicit in these matters”, she noted.

Members of the Chinese fishing vessel in question were arrested and later granted bail.