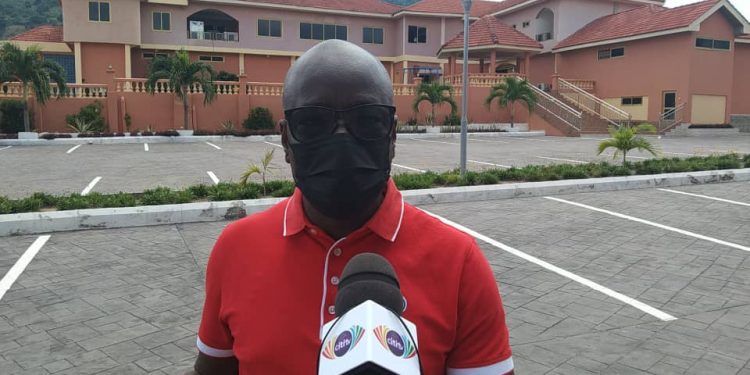 The African Centre for Parliamentary Affairs (ACEPA), has organized a 3-day training workshop for members of the Poverty Reduction Strategy Committee of Parliament with a call on parliamentarians to put aside their political differences and tackle head-on the looming danger of poverty in Ghana.

The poor, mostly deprived of sanitation, constitute 44 per cent with 40.1 per cent not having access to any health insurance. The Northern Region, Upper East, and Upper West Regions are multidimensionally poor according to the Ghana Statistical Service.

The purpose of the workshop, according to ACEPA which collaborated with the Ghana Statistical Service, is to help committee members to understand the poverty issues with relevant data to make an informed decision and come up with relevant strategies to help alleviate poverty.

The Executive Director of ACEPA, Dr. Rasheed Draman, who spoke to Citi News after the workshop, called on all parliamentarians to unite against the common enemy which is poverty.

“The poverty situation is bad, a lot of people are poor and unemployed, and this is a very dangerous mix, and a mixture like this can be explosive. This is a threat to national security, and a threat to our democracy because if all I know is democracy growing up and within the democracy, I am not feeling it or getting the benefits of that democracy without even getting the basic needs, then I think it gives rise to all kinds of thoughts that people have, and we should not underrate these things.”

“There’s an argument that there is a direct correlation between poverty and some jihadists kind of issues we hear in the sub-region; people in the Sahel recruit these guys, promise them 5,000 dollars, so these people become gullible and that is a concern for all of us as a nation”.

On its part, the Poverty Reduction Strategy Committee of Parliament says it will scrutinize the 2019 and 2020 budgets and demand accountability from agencies that were allocated funding for poverty reduction initiatives in the country.

According to the committee, the state of insecurity and unrest in a country can be linked to poverty and the increasing rate of youth unemployment.

The Chairman of the Committee, who spoke to Citi News on the sidelines of orientation for committee members on Data for SDG’s monitoring organized by the African Centre for Parliamentary Affairs (ACEPA) in Koforidua, said poverty has become a security national threat.