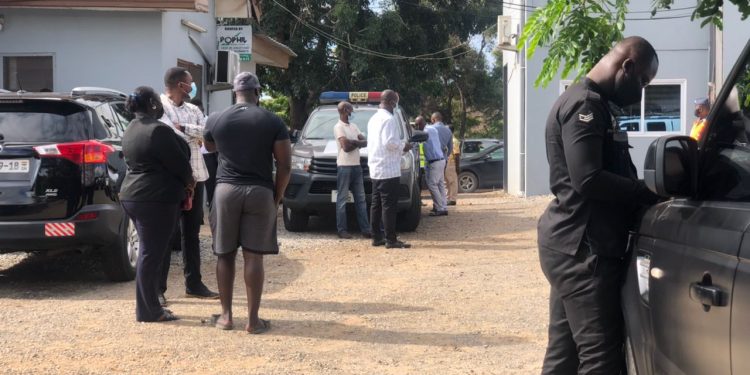 31 drivers of institutional vehicles, diplomats, and personnel of some security agencies, have been apprehended by the Motor Traffic and Transport Department (MTTD) of the Ghana Police Service.

The errant drivers were found to have neglected road signs and markings on the East Legon underpass stretch.

The exercise forms part of Citi TV’s Road Safety Campaign, subbed ‘War Against Indiscipline’. The offenders have therefore been processed for court.

The National Road Safety Authority, which joined the exercise, bemoaned the blatant disregard for traffic regulations by security officials.

“Being here this morning, we have seen that a lot more individuals and also public institutions and actors who ought to know better are rather compounding the issues on the road.”

“So we have had a very disturbing outlook. Institutions like NABCO, Immigration Service, the Air force, and the likes breaking the law.”

The Director at the MTTD, Dr. Samuel Sasu Mensah, said, “The process has been very hectic, but at the end of the day, it has been very successful. This was in partnership with the National Road Safety Authority, and those who were arrested were given education and the necessary awareness by the Authority.”

“We saw drivers who were neglecting the road signs and marking and driving dangerously on the road and not adhering to the Road Traffic Rules and Regulations.”

The Motor Traffic and Transport Department (MTTD) of the Ghana Police Service and Citi TV have embarked on the ‘War Against Indiscipline (WAI) campaign to curb indiscipline among motorists on the roads.

The exercise is focused on arresting errant drivers, processing them for court, and have them fined.

Last week, some 40 drivers were arrested for breaking various Road Traffic Regulations, with 19 of them fined over GHS18,000.