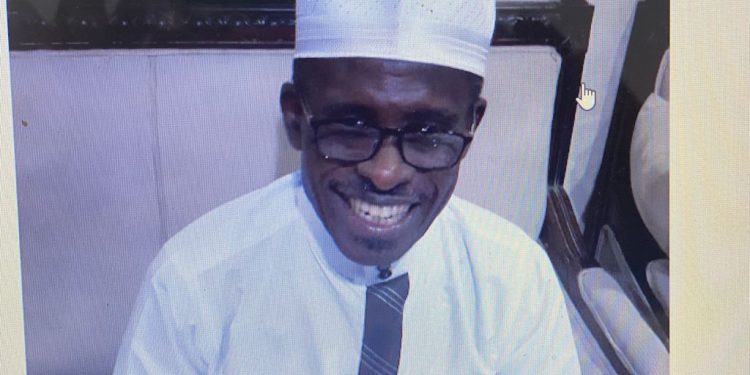 One of the persons recommended for the role of the Municipal Chief Executive (MCE) for the La-Nkwantanang Madina Municipality, Dr. Alhaji Abubakari Sidick Ahmed, wants his supporters to exercise some restraint following the announcement of the MCE nominee for the area.

He says the supporters must respect the President’s choice of nominee for the position and not engage in acts that will derail the peace and stability the Municipality continues to enjoy.

Dr. Alhaji Abubakari Sidick Ahmed was aspiring to be named for the position but missed it to Jennifer Dede Afagbedzi after the list was released.

In a statement however, he called for cool heads to prevail.

“No individual or group of persons should engage in any acts that will threaten the peace and security that we enjoy and cherish most in the La-Nkwantanang Madina Municipality,” the statement read in parts.

Dr. Ahmed further added that he has already spoken to the MCE nominee to congratulate her and express his commitment to support the Municipality’s developmental agenda.

“I want all my supporters to emulate so that together, we can help in bringing the needed development to Madina. We all need to embrace and support the nominated MCE to succeed”.

The announcement by the President of the Republic of the nominated Chief Executives of the various MMDAs through the Minister of Local Government and Rural Development Hon. Dan Kwaku Botwe on Sunday, 19th September, 2021, has been met with various reactions nationwide. There have been reported isolated cases of agitations, destruction of property and threats to life.

I wish to formally use this medium to respectfully appeal to my teeming supporters, sympathiser, and admirers, especially the youth who feel disappointed because I did not get the nod, to respect the President’s choice and remain calm. No individual or group of persons should engage in any acts that will threaten the peace and security that we enjoy and cherish most in the La-Nkwantanang Madina Municipality.

Please be informed that I have personally, as a sign of respect and goodwill, on the evening of Monday, 21st September, 2021 called the appointed MCE, Hon. Jennifer Dede Afagbedzi to congratulate her on being renominated and also assured her of my full support and collaboration during her second term in office. It is this noble gesture of goodwill that I want all my supporters to emulate, so that together, we can help in bringing the needed development to Madina. We all need to embrace and support the nominated MCE to succeed.

Now to my teeming supporters and sympathizers who know me personally and those who admire me from afar, I believe you will all reckon that, any acts associated with violence is uncharacteristic of Dr. (Alhaji) Abubakari Sidick Ahmed. I am a man of faith, peace and tolerance as demanded of me by my religion Islam. In this regard I have always been a strong advocate of non-violence and will continue to remain so Insha’Allah.

The single most important thing which I want to draw your attention to is that, Madina, has a very rich history. A village that grew to become what it is today through the combined effort of the Institute of African Studies, and the Sociology Department both of the University of Ghana and backed by survey lecturers and their students from the Kwame Nkrumah University of Science and Technology through the invitation of the founder Seidu Kardo of blessed memory.

He named the then village after the Holy City of Madina located there in the Mosque of the Prophet. It is the second-holiest site in Islam found in the Kingdom of Saudi Arabia. Even though the name Madina was upheld by the Paul Tagoe Commission the reality of having two separate names (Nkwantanang and Madina) in the same vicinity was not feasible thus the fusion of the names La-Nkwantanang Madina.

The acceptance of all parties to the new name was as a result of mutual understanding, respect for each other, cooperation and tolerance. It is this spirit of fostering peace among peoples that is worthy of emulation by residents. This is akin to the famous Madina Charter signed between the Prophet Mohammed (SAW) and peoples of other faiths and ethnicity (Jews and Christians) in Madina.

Through tolerance and respect, we in La-Nkwantanang Madina Municipal area could set a tone in Ghana where it will be a common place for a passing Christian to say Peace be unto you to a Muslim, who will in turn reply, Peace be upon you too. I yearn for that day when this reciprocal gestures would be common place in the La-Nkwantanang Madina area and Ghana as a whole. What a formidable local or national community would we be?

So let us honour the memories of the then La Mantse Nii Anyetei Kwakwaranya II and the Chiefs and peoples of La-Nkwantanang, their forebears and Seidu Kardo the head of the settler community who together toiled, and nurtured Madina, by not engaging in any acts that will discredit their names and heritage. Nii Kotei Dzoor 1 the current Madina Mantse still has continued with this tradition of championing peaceful coexistence. I therefore entreat the youth, to let prudence, civility, temperance and non-violence be the ultimate guide of all your actions.

Finally, to all members of the La-Nkwantanang Madina Municipal Assembly, I crave your positive indulgence to give Hon. Jennifer Dede Afagbedzi, your overwhelming approval to enable her raise the name of Madina to a higher level.

May Allah, the Most Gracious, the Most Merciful be our guide as we all strive to make Madina a better place. To my teeming supporters, I leave you with a simple but powerful quotation from the Prophet Mohammed (SAW), who said: “none of you [truly] believes until he loves for his brother what he loves for himself’. I also strongly subscribe to the words of Rev. Dr. Martin Luther King Jnr, who during his activism once said: ‘I have decided to stick with love. Hate is too great a burden to bear’.

So, I encourage you to follow suite and let peace, love and harmony prevail in the La-Nkwantanang Madina Municipality.

THE BATTLE IS STILL THE LORD’s. ALLHAMDULILLAH