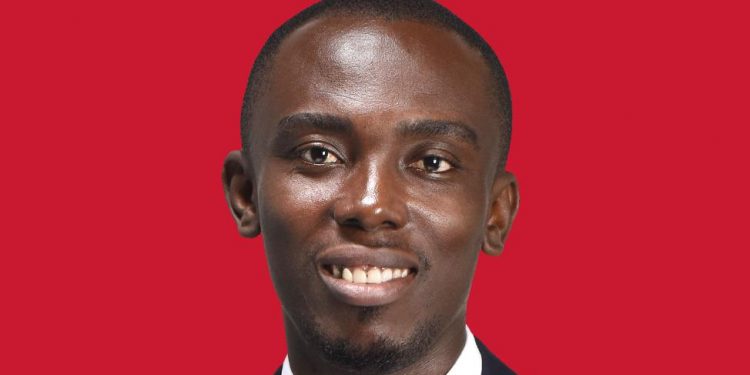 Crime like any other activity occurs within time and space.

However, different spatial locations exhibit distinct types and levels of crime, which is largely based on the economic growth and inequality that exist.

Cities are still considered as offering opportunities for improvement in livelihoods and an escape route out of the deep pockets of poverty as compared to the rural areas.

It is therefore not surprising that available data suggest that crime (i.e. robbery) is pervasive in cities, and this according to some scholars (e.g. Awumbila; Owusu and others) has in recent times been exacerbated due to limited employment, economic stagnation etc. Notwithstanding, this situation has not deterred the continuous influx of people, especially the seemingly young ones, into the cities, particularly in Accra and Kumasi.

Cities are the manifestation of the “big forces” at play.

These forces reflect the presence of economic growth, industrialization, employment opportunities as well as hope for a brighter future. Nonetheless, cities also reflect desperation and neglect for many informal city workers.

The increase in urban dwellers in addition to high illiteracy and low skill development renders many new urbanites on the streets and city centers homeless, without any meaningful livelihoods.

It has also been argued that these new urbanites in many instances experience one form of violence and thus, are alienated to violent activities as a measure to survive the urban cruelty and inequality.

One of my fondest memory in development economics lecture at the university was on the topic of redistribution from growth.

At the end of the lecture, I was somewhat convinced that robbery or crime, in general, was a form of redistribution– perhaps a forceful redistribution which was quite unpleasant, at least for the wealthy.

But soon, it dawned on me that the poor also get sometimes robbed and some even get killed or maimed in the process. It’s obvious that crime in whatever form should not be countenanced.

Going back to my earlier thought, there is no doubt that armed robbers may also feel that way as a justification for their atrocities.

A peep into a criminal’s mind, perhaps would reveal a complex and confusing thought as a response to societal pressures, family responsibilities, substance abuse and a deep sense of inequality and neglect.

To them, correcting this inequality and redistributing growth require a brutal force and even a death sentence to their victims whom they sometimes perceive as corrupt, and undeserving of their income.

Redistribution in Action; the illegal way

Within the past few days, several reports on the media have rekindled my interest to write this piece.

The first was few months ago, in a series of reported robbery cases in the Ashanti Region and second, the killing of an international journalist on the Tamale- Kintampo Highway and others.

In my constituency for example (i.e. Manhyia North) on Thursday, March 25, 2021, at about 10 o’clock in the evening, Ing. Emmanuel Kofi Owusu-Antwi, a resident at Buokrom was shot and killed by armed robbers.

Similarly, on Wednesday, April 21, 2021, armed robbers evaded and attacked a mobile money merchant at Bantama and made away with a sum of GH¢ 200,000.

Again on June 1, 2021, there was an incident involving armed men who robbed and shot a mobile money vendor and subsequently made away with an amount of GH¢ 138,000.

A couple of days ago, we woke up to disturbing news of a robbery attack on a journalist with the London-based television channel, MTA international, who happened to be working in Ghana.

Quite surprising event was also reported in the Eastern Region, where robbers attacked police anti-robbery squad with AK-47 rifles. These and many other reports have taken over the airwaves with some degree of insecurity from sections of Ghanaians.

COVID-19 has undoubtedly created hardship all over the globe, with several countries reporting negative economic growth in several economic indicators.

Although Ghana continues to report positive growth under the exemplary leadership of the NPP government, there still exist some economic challenges brought by the pandemic.

Notwithstanding, a plethora of studies show that armed robbers are known to attack people or businesses exhibiting weak security awareness.

Rightly so, many SMEs operate with a very weak and in many instances have no form of security against any theft or crime.

In the case of mobile money merchants for example, with an increase in mobile money users and annual transactions amounting to GH¢571.8bn as of December 2020, mobile money vendors have had to withdraw huge sums of money for their business and this put them in the spotlight for attack since many do not have any form of security.

This reverberates Cornish and Clarke’s findings suggesting that criminals are rational, thereby the decision to commit crime is heavily influenced by an analysis of the reward and risk factors.

Thus, if a criminal feels he/she could easily get away with a crime or would not be caught, he/she is more likely to commit them as supposed to when the risk of getting caught is high. Perhaps we should be thinking of severe punishment for such culprits.

Although government continues to put the security of this nation at heart by equipping and improving surveillance, more needs to be done by the ordinary Ghanaian in reducing the incidence of robbery in this country.

Indeed, all is not gloomy as Government efforts at reducing crime has been progressing steadily.

This however shows a decrease in crime by approximately 6.6 percent compared to the 2019 figure.

This has been made possible by the likes of the outgone IGP James Oppong-Boanuh, COP Kwasi Mensah-Duku of the Ashanti Regional Police command and many other officers who for the past couple of weeks/months have been unrelenting in pursuit of criminals.

I am equally hopeful that the acting IGP Dr. George Akuffo-Dampare and his officers will nip this canker in the bud.

Most importantly, the commitment of His Excellency the president is remarkable and second to none.

It is therefore expected that government’s policy and initiative on security such as the installation of CCTV cameras for surveillance will enhance security nationwide.

Efforts to increase police surveillance especially in crime-prone areas, and public education on the need to ensure personal security, as well as basic survival strategies, are commendable.

Notwithstanding government’s efforts, households should install target hardening measures to keep off criminals and be on the lookout for any suspecting individuals.