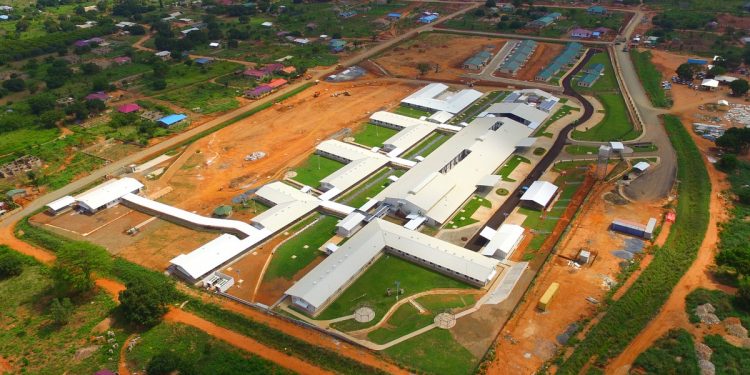 Some Metropolitan Municipal and District Chief Executive (MMDCE) nominees have expressed their willingness to improve social-economic development in their respective areas after they’re confirmed.

The nominees say they are poised to better position their localities to bring relief to residents.

Taking turns on a special MMDCEs focus edition of The Point of View on Citi TV, they outlined a number of plans to be implemented should they be given the nod.

While the nominees are optimistic about having the full endorsement of their assembly members, they say areas of top developmental priorities include education, health, agriculture, tourism, job creation, and others.

Salifu Sule, Tamale MCE nominee, for instance, mentioned that while he has the support of almost all the relevant stakeholders in the area, he will tackle police visibility to ensure the peace and safety of the local people.

“Having stayed in the Metropolis for a very long time and looking at the kind of people in the area, they are people who want to see development brought to their doorstep, and so I believe I will not have difficulties in securing the needed votes for confirmation. The traditional authorities and the religious bodies have all expressed satisfaction with my nomination.”

“First and foremost, I want to tackle the security in the Metropolis.  Also, there is so much congestion on the roads and I think that we have to check indiscipline. Sanitation is a challenge, so we have to reactivate measures to ensure sanity. We also have to fix traffic lights, so these are some of the issues we have to look at.”

On her part, the New Juaben North MCE nominee who served in the previous term, Comfort Asante, said she will collaborate with the opposition political party to achieve a common goal.

“New Juaben North is a new municipality and both NPP and NDC have a common focus for the growth of our new Municipality. So, I am pleading with the assembly to support me on the day of the confirmation meetings to continue to grow the Municipality. We should remember that the NPP and NDC goal is to have development, and we will have it, so let’s work towards that”.

Anita Love Obo Amissah, Awutu Senya East MCE nominee, indicated that she will be liaising with the Member of Parliament for the area to continue developmental projects within the Municipality.

“I believe that within my circles, there are one or two things that I can do to help in terms of educating our women by the roadside to go to the markets to create space on our roads. I also know that our assembly members have seen the developmental works going on in the area and the provision of social amenities by the MP.”

“Since we both have a goal of developing Awutu Senya and making it safe by providing a healthy environment for its inhabitants, I believe that the assembly is going to endorse so that we work together because they know what I am bringing on board for the youth to make Awutu Senya a better place”, she further added.

For the Hohoe MCE nominee, Daniel Yao Awumey, his area of focus will be complementing some of the government’s major social interventions.

“My agenda focuses largely on every potential of the Hohoe Municipality which is the garden city now of the Volta Region, and we have wonderful tourists sites, and we have government’s policy of Planting for Food and Jobs, 1D1F, rice farming, so I believe I will leverage all of these to be able to bring some level of improvement in the Municipality.”