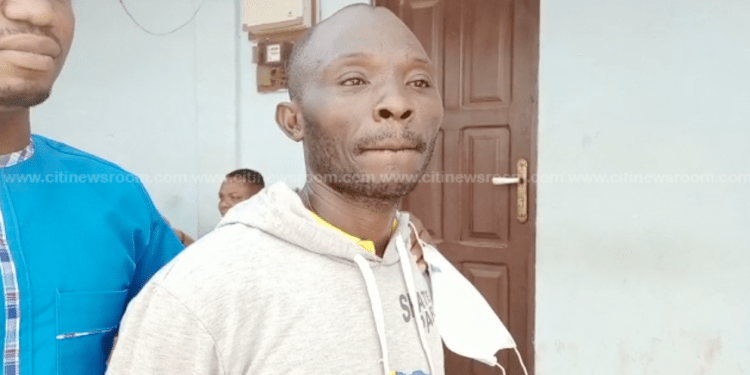 The African Faith Tabernacle Church has clarified that the pastor incarcerated, Paul Nkansah, is not a pastor or a member of the church.

According to the church, the 41-year old man seized to be a member since 2008.

Paul Nkansah, who was reported to be pastoring a branch of the church in Nyinahini was sentenced to 24 years in prison for defiling his 14-year-old daughter.

However, the National Public Relations Officer of the African Faith Tabernacle Church, Jacob Kwesi Rockson told Citi News said the church does not have any branch in Nyinahini.

He also added that the incarcerated pastor has not been a member of the church since 2008.

Mr. Rockson thus urged the public to stop calling him a member and pastor of their church.

“Indeed, we would like to depart ourselves from him because he has ceased to be a member and a pastor of our church since 2008. We don’t have a branch at Nyinahini.”

The  41-year-old pastor was sentenced to 24 years in prison with hard labour for defiling his 14-year-old daughter.

During the judgement on Thursday, September 9, 2021, the pastor, Paul Nkansah, pleaded guilty to the two charges of defilement and incest.

The court presided over by Patricia Amponsah found him guilty on all the two charges.

The two sentences will run concurrently.