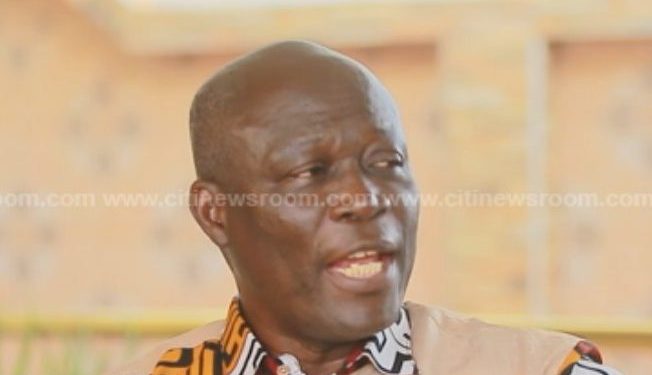 A former Sports Minister,  Edwin Nii Lante Vanderpuye, is not surprised by the dismissal of Black Stars Coach Charles Akonnor and his two Assistants

In an interview on Face to Face on Citi TV, Mr. Nii Lante Vanderpuye said the national team would have amounted to nothing at the pace it was going.

“I was not surprised to hear C.K. Akonnor fired. Just last week I was on air and said that if I were in charge, I would have asked the entire technical team to resign. Looking at their performance, there was no way we would have qualified for the world cup.”

But Mr. Nii Lante Vanderpuye thinks the decision is abrupt.

He is of the view that three days is not enough time to make such “a big decision.”

“We need to take our time and find a new coach. There needs to be several considerations before making such a decision. We can even find an interim coach, someone with the needed expertise to help us make it to the World Cup, then we take our time to find a substantive coach.”

Many thought the reshuffling that was done in the football scene after Anas Aremeyaw Anas’ expose titled ‘Number 12’ will be the dawn of a new era, but Mr. Nii Lante Vanderpuye says “nothing much has changed.”

“Especially with the management of our national teams. The change will not come from an individual or personality. Changing the GFA president doesn’t change anything.”

“The change we are seeking will stem from a change in the structure and institution. The problem we have as a country is about planning, especially when it comes to leadership. We cannot plant cassava and harvest plantain. If we fail to plan, we plan to fail. We should have a long-term plan for sports as a nation. We do not even have a structured sports programme in schools. Assuming we do not have the likes of Dede Ayew in the coming days, what are we going to do? Have we planned enough?”

The Executive Council of the Ghana Football Association has terminated the appointment of Black Stars Coach Charles Akonnor and his two Assistants.

This was announced by the Football Association yesterday, September 14, 2021.

According to the GFA, the decision follows the receipt of the Technical Report from the Head Coach of the Senior National Team and the report from the Black Stars Management Committee following Ghana’s Group G World Cup qualifying matches against Ethiopia and South Africa.

The Executive Council after considering the two reports decided to terminate its relationship with Head Coach C.K. Akonnor and the two Assistants.