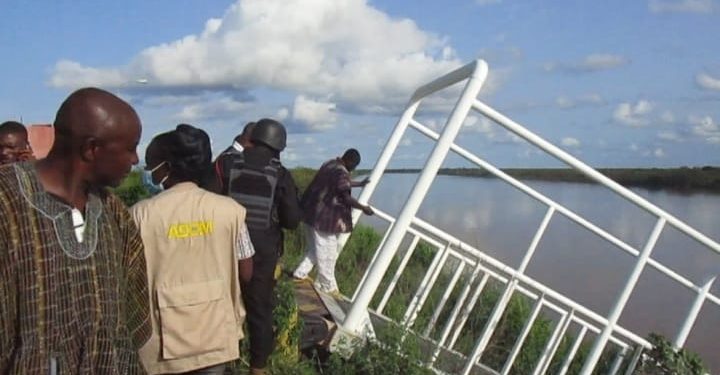 The government is partnering LMI logistics, a solely owned Ghanaian company, to develop an Inland port in the central Gonja District of the Savannah Region.

Speaking to the media after a stakeholder consultation and signing of a lease between the Dibir traditional authorities and LMI Logistics for commencement of work, the Savannah Regional Minister, Saeed Muhazu Jibril described the project as the single largest investment in the region.

“This is one of the single most important investments that is going to happen to the people of the north, so for the Savannah Region to have had this one it means a lot because in building a new region of this sort, you have to look at economic development, that should be a priority. LMI is only coming to create a port, there is the second leg of it. That is creating of an industrial park.”

“The port has to do with 219 acres of land, and the industrial park is going to take 1000 acres, so you are going to have other investors…people coming to build hotels, some coming to build restaurants, some coming to even open private clinics, so that means we have not only created an Inland port, but we have created other economic opportunities” Mr. Jibril asserted.

He also assured residents of the Dibir traditional area, that the government will ensure they are considered for employment during the development and operation of the port.

“We have to keep talking to each other, keep engaging each other so that at the end of the day they get to understand what number of jobs are coming, how many are you giving to the people around this area, so we are going to make sure we engage the investor to make sure it is done.”

Emmanuel Menu, the General Manager of LMI logistics, said more stakeholder engagements will lead to necessary compensations for people whose livelihoods depend on the area to be developed.

“We will never operate in an area and make the people worse off, it will never happen. We will definitely discuss with them to openly tell them this is what we want, and we will also give them the timeliness in terms of when to start and when to finish. I can tell you for a fact, this project is for the people, it’s not for Mr. Kojo Bonsuo Aduhene but the people in this area, and the future generation and connecting through to Burkina Faso to Niger.”

The Dibir inland port is aimed at providing services to importers and exporters in the middle and northern parts of Ghana, as well as provide an avenue for the transportation of goods to landlocked countries such as Burkina Faso, Mali, and Niger.

Plans for the further development of the Inland Port will include an Inland Container Depot, a port administration, shippers and freight forwarders offices, warehouses, and commercial buildings.

I wanted to be an architect, but it didn’t work out – Photographer Paul Ninson [Video]