The Central Regional Communication Officer of the National Democratic Congress (NDC), Kwesi Dawood, who has been accused of incest and defilement, has been slapped with new charges.

He was charged with incest, defilement, and assault when he appeared in court on Thursday, October 14, 2021.

These new chargers are in addition to abetment to commit illegal abortion earlier proffered against him.

The court has subsequently remanded Mr. Dawood into police custody, to reappear in court on October 27, 2021.

Kwesi Dawood pleaded not guilty to the charges.

According to the prosecutor, ASP Daniel Gadzo Mensah, Kwesi Dawood, who is the father of the victim allegedly had sex with her and impregnated her.

Kwesi Dawood, together with a doctor, allegedly aborted the pregnancy.

The victim later confided in the mother, who reported the issue to the Swedru District police.

Kwesi Dawood had been suspended by the NDC, but the party’s Functional Executive Committee reversed his suspension to avoid being prejudicial. 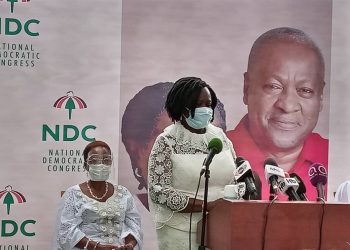