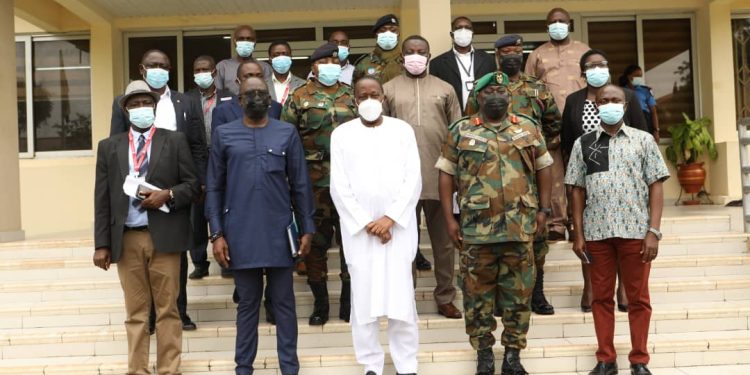 The School of Education under the Ghana Military Academy and Training Schools (MATS) of the Ghana Armed Forces (GAF),  on Tuesday, September 28, 2021, signed a Memorandum of Understanding (MoU) with the University of Education Winneba (UEW).

The MOU, which is primarily aimed at providing a platform for personnel to academically upgrade themselves, will also give similar opportunities for civilians within their catchment area.

This engagement is expected to improve the efficiency, competence, and professional capacities of personnel especially after their retirement. 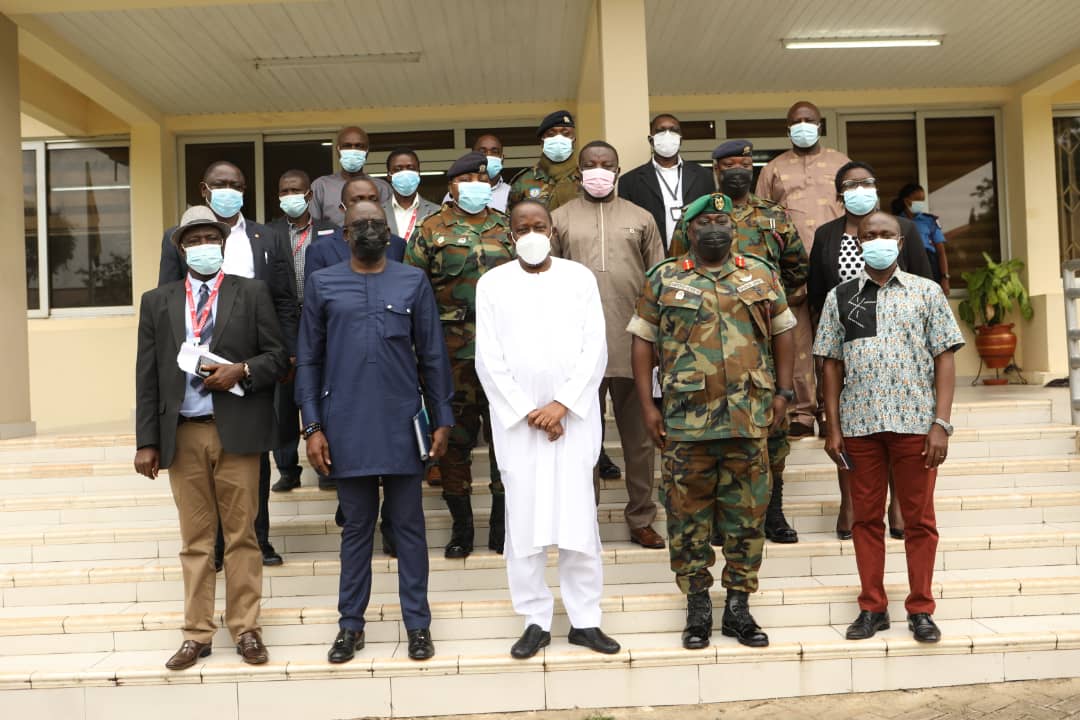 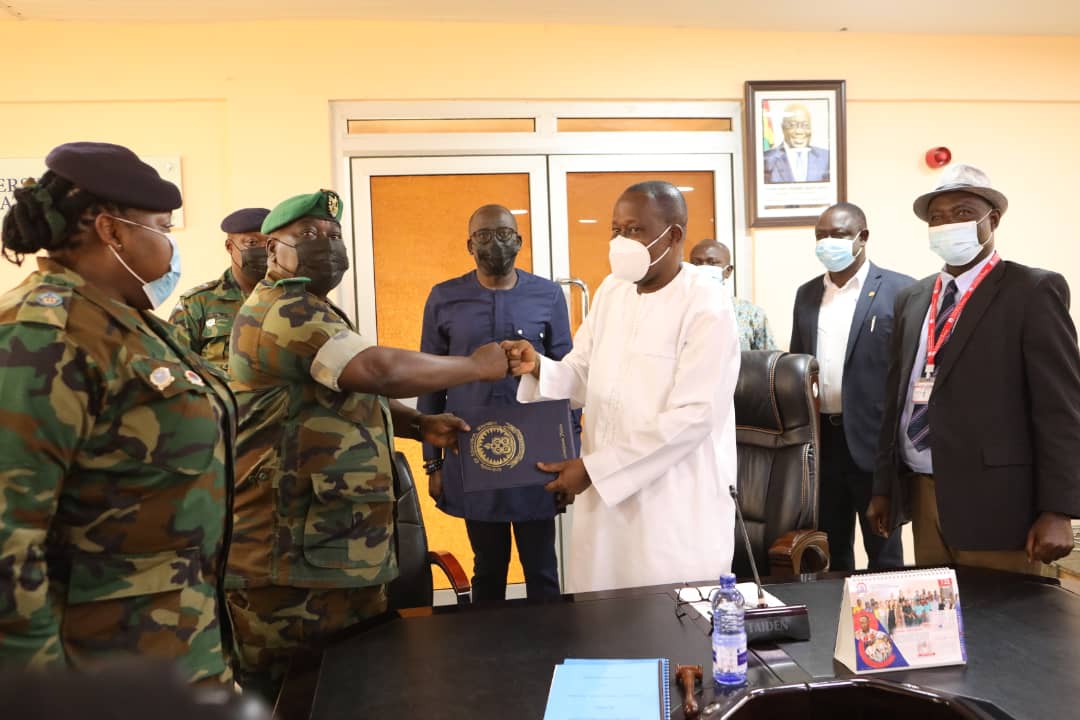 Speaking to the media, Brigadier General Twum Ampofo-Gyekye, Director General in Charge of Training at the General Headquarters, Burma Camp, who signed the MoU on behalf of the GAF, said the two institutions have been engaging in discussions for some time and believe it was time to formalize the agreement.

“We seek to attain knowledge and for our personnel to upgrade themselves. The discussions have been ongoing for some time now, so today we came to formalize the partnership between the GAF and the UEW. We know the calibre of school the UEW is locally and internationally, so we seek to take advantage of their potentials to better ourselves,” Brigadier General Twum Ampofo-Gyekye said.

Expressing excitement about the partnership agreement, Major Hilda Asiedu, Officer Commanding of the School of Education (MATS), said the GAF considered several factors before choosing the UEW for the partnership.

She explained that MATS as a training command and the School of Education under the GAF Education Unit, looked at the broad spectrum of courses being run by the university and also considered the number of teachers within the Unit, after which it decided that UEW would be the best choice since it is recognised as a leader in the field of higher education for teachers.

“We looked at the courses that are being run and we also looked at ourselves as an educational unit and the fact that we have a lot of teachers within our unit.

“This University is where teachers come to have themselves upgraded and so we felt that with the other courses this University offers, it would be the perfect University for us to affiliate ourselves with.”

“It is not that other universities were not considered but we felt that for our needs, Winneba would serve the purpose best,” she said.

Major Hilda Asiedu said the Military has reached an agreement with the University for some selected personnel who enrol in various programmes to have a part of their fees waived off.

She indicated that the unit has a process through which it will select students who will merit the waiver and added that others who will enrol may be required to fulfil payment of their fees.

“With regards to payment of fees, the individuals would come on board, but we have an arrangement with the University whereby there is going to be some sort of waiver for some selected students. The selection for waivers will be based on going through the right channels to get an offer to be enrolled into the University,” she explained.

According to Major Hilda Asiedu, the agreement allows all military personnel to enrol in any programme at the University.

“This partnership is open to all personnel of the GAF and open to civilians living within our catchment area. So we are not only looking at offering education to the personnel or staff of the Ghana Armed Forces but we are also looking at the community in which we are hosted and to offer education to all who are interested,” she explained.

UEW excited about the partnership

For his part, Vice Chancellor of the University of Education, Rev. Fr. Prof. Anthony Afful-Broni, revealed that the University had decided not to affiliate itself with any other institution for them to focus on their numerous distance education centres as it is already affiliated to forty institutions worldwide.

He however disclosed that the University had to revisit the decision because of the compelling reasons cited by the GAF for the partnership.

The Vice Chancellor described the decision by the GAF to partner the University as heart-warming considering there are several reputable institutions that the army could have decided to partner with.

“It is very heart-warming that an institution such as the Ghana Armed Forces which is highly respected all over the world has seen values in our University which is similar to theirs. Definitely the Ghana Armed Forces is poised with the mandate to serve humanity and they have done very well over the years in the many activities of protecting lives and properties all over the world in peace keeping areas amongst other avenues.”

“They are determined to continue to improve the quality of life through proper and quality education, and it is for this and many other good reasons that they have come to join with us,” he said.

The Vice Chancellor expressed his gratitude to the Chief of Defence Staff and all high-ranking officers of the GAF for the partnership, and assured that the University will do its best to fulfil its part of the agreement.

“On behalf of the University, I want to convey our sentiment of gratitude and respect to the Chief of Defence Staff for the kind words spoken and the gestures of seriousness towards the partnership. I can only assure you that we will continue to be the good partner”, he said.