Journalism has gone past competition to collaboration – Emmanuel Dogbevi 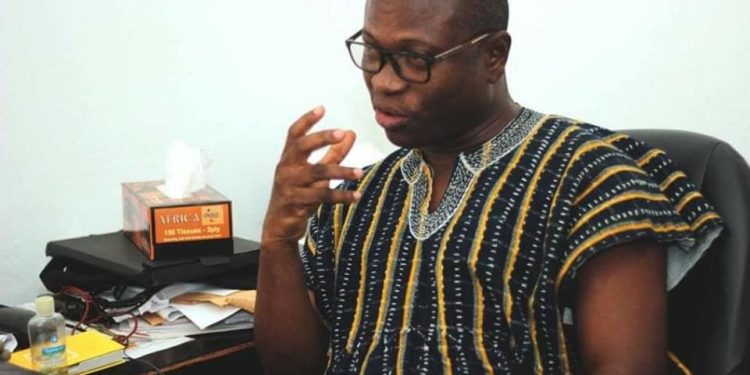 The Managing Editor of Ghana Business News and a member of the International Consortium of Investigative Journalists (ICIJ), who worked with the team that published the Pandora papers, Emmanuel Dogbevi, says any meaningful journalism that is effective must be collaborative rather than one that focuses on competition.

Speaking in an interview with Citi News’ Fred Duhoe, the veteran journalist said Ghanaian journalists like many others across the globe, need to network and collaborate on projects as the surest way to make impact in the profession.

He said “journalists need funding to do good quality journalism but you also need skills, knowledge and more importantly, you also need networks”.

He added that a journalist must equally apply best practices of journalism by properly analyzing and examining information received before publication.

Working as a member of the ICIJ team that published the Pandora Papers, he confirmed that, three Ghanaian politicians have been listed in the Pandora Papers leaked investigation which has generated conversations around the world.

The details about the said three Ghanaian politicians he said can only be obtained from ICIJ.

The investigation, which was done by 600 journalists from 150 countries, sieving through almost twelve million confidential files has implicated a number of powerful leaders including the President of Kenya, Uhuru Kenyatta, the King of Jordan and a host of others.

The media houses that collaborated on the project include the BBC, and the New York Times, Ghana Business News and Premium Times.

The secret files identified 956 companies connected to 336 highly-placed politicians and public officials who have stashed millions of wealth in offshore accounts while some have citizens who live on less than one dollar a day.

Speaking to Citi News, Emmanuel Dogbevi said Ghanaians should be worried about the huge volumes of monies that leave the shores of the country which are not well tracked and accounted for.

Explaining the challenges encountered on such projects, Dogbevi said, working to expose the illicit deals of powerful people in society comes with legal challenges but he believes that’s the hazard of the job.