According to the police, suspect Joana Krah conspired with the other two suspects to feign her kidnap and demanded the GHS5,000 ransom from her adopted father.

“Reports indicate that suspect Joana Krah conspired with the other two suspects Susana Awortwe and Francis Eshun to feign her kidnapping on Friday, October 22, 2021, after which a call was placed to her adopted father to demand the ransom.”

The police added that upon Joana Krah’s realisation that her adopted father had reported the issue to the police and an extensive search had been commenced to find her, she showed up at the Takoradi Central Police Station to confess to only joking with her father.

“When Joana became aware that her adopted father had reported to the police and an extensive search had commenced to find her, she showed up at the Takoradi Central Police Station, Saturday, October 23, 2021, to confess of only joking with her adopted father that she was kidnapped.”

The police made this known in a press statement issued on Monday, October 25, 2021. 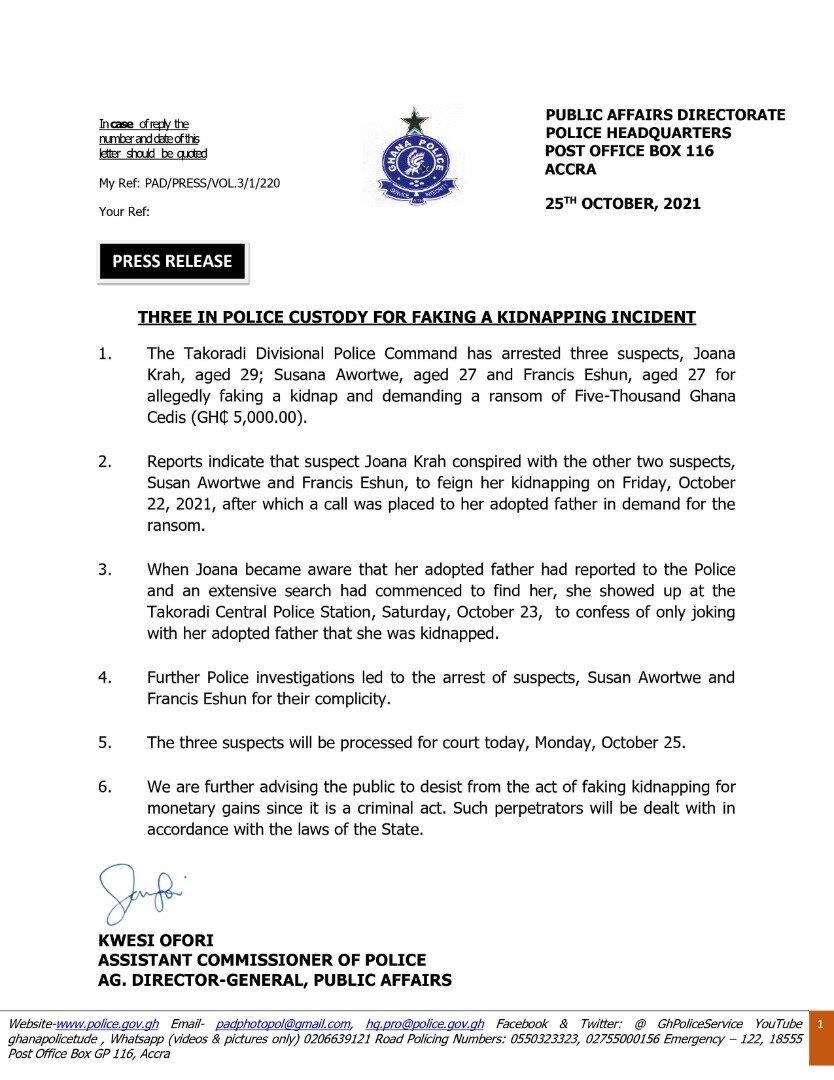 Recently, one Josephine Panyin Mensah, also in the Takoradi faked a pregnancy and subsequent kidnapping.

She was however arrested and put before the court.

Meanwhile, she pleaded not guilty in her first appearance in court on Monday, September 27, 2021.

This is in spite of the claims by the police that she had confessed to faking the kidnapping and the pregnancy.

She is facing two charges of deceiving a public officer and publication of false news with intent to cause fear and panic.

According to the Police, Takoradi has become notorious for fale kidnapping in recent times. 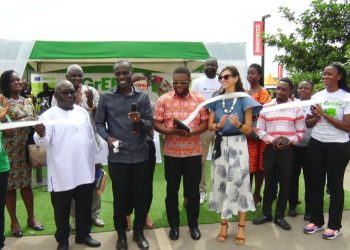