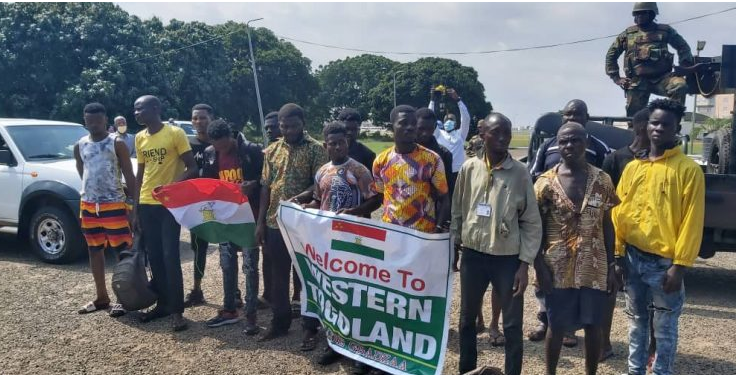 The emergence of a hardliner could bring about more violence and terror posturing, either to prove a point or please their internal or external shadow sponsors for more support.

By hardliner, I’m referring to a member of a group, typically a political group, who adheres uncompromisingly to a set of ideas, ideologies, beliefs, or policies.

Papavi’s ‘reign’ over years has mainly been largely centered on advocacy through mass mobilization of the people in the enclave referred to as “Western Togoland Territory” which most probably was not supported by the hardliners within.

The modus operandi of this new leader should occupy our thoughts going forward, so it can influence our strategy. Papavi may have died from natural causes, but those who may wish to succeed him may have to “fight battles” to take up his position. That’s the norm in unconventional groups, particularly so when there are shadow sponsors with big bags.

Now that Papavi is no more, one of these hardliners who believe that they should fight tooth and skin to get what they want “now or never” could devise new violent strategies that could prove more difficult for our security agencies to deal with.

Apart from the last days of Papavi which witnessed the deployment of violence as a tool, all along, their struggle has been one that was less violent. And considering that Papavi was become weaker and weaker because of age, there’s a school of thought that believes that the recent violence we witnessed was not sanctioned by Papavi but one of the hardliner (s) trying to position himself or themselves to take up leadership after Papavi leaves the scene.

Are we prepared to take on a hardliner after the demise of Papavi?

Let’s not kid ourselves that this so-called struggle for independence of Western Togoland does not have some form of external support. There are likely some internal or external forces standing by to profit from either a future (touchwood) independence or the conflict that may endure for a long time. Let’s make no mistake – there are conflict profiteers working hard on this.

When I say “conflict profiteers,” I mean the parties mainly shadow (not in the frontline) people who are benefiting or profiting from the continuation of the conflict. These may be the leaders of the area including prominent people, former government appointees, Ministers, Chiefs, and so on, who gain their reputation and power from being “tough” and standing up for the struggle for “independence”

Hardliners don’t care about anything. They are brutish and violent. They can use terror as a political tool to achieve their goals, and they don’t care about the consequences of their actions. They don’t accept negotiations, neither do they make compromises. All they require is for you to surrender to them.

Papavi may be gone, but the work for the security agencies has just started. Let’s work extremely hard around the clock to nib in the bud any hardliner (s) who may come up.

When I put on my risk analysis spectacles, I see a lot more troubling times ahead if the security agencies relax just because Papavi is no more. We could laugh at the wrong side of our mouths if any hardliner emerges.

Let’s get to serious work now because there’s no doubt that this agenda has both silent and hidden popular support in and around the general areas of Western Togoland Territory. I believe we are ready, but then again, we must eschew complacence.

This article was written by Abdul Hanan Mohammed EL-Saeed | panacin@gmail.com