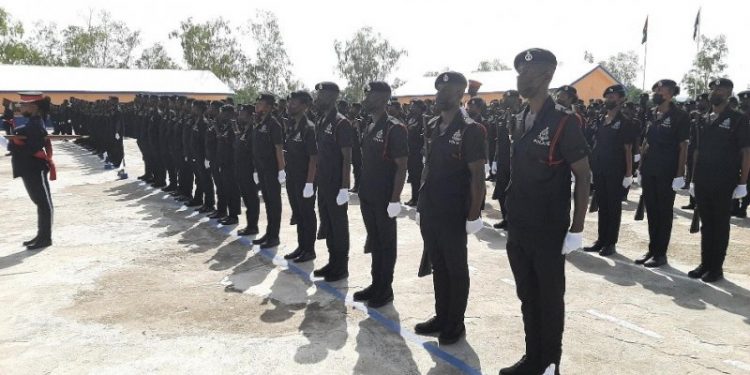 The Greater Accra Regional Police Command says it has made adequate security arrangements for the #FixTheCountry demonstration expected to come off later today, Friday, November 26, 2021.

According to a statement from the Accra Regional Police Command, the demonstrators will assemble at the Tema station and end the exercise in Parliament House.

“The Accra Regional Command has made adequate arrangements for the #FixTheCountry demonstration slated for Friday, 26th November 2021.”

“The demonstrators will assemble at the Tema Station near the Hockey Pitch – through -Accra Technical University -towards – Trade Union Congress Traffic Light – through – Cedi House – through National Theatre Traffic Light – to- AU Roundabout and finally end at the Parliament House.”

The police in the press statement added that personnel from the Motor Traffic and Transport Department will be present to ensure free flow of traffic.

“Taking into account the traffic situation, personnel from the Motor Traffic and Transport Department (MTTD) will be present to ensure the free flow of traffic.”

The police thus implored the demonstrators to observe COVID-19 protocols. 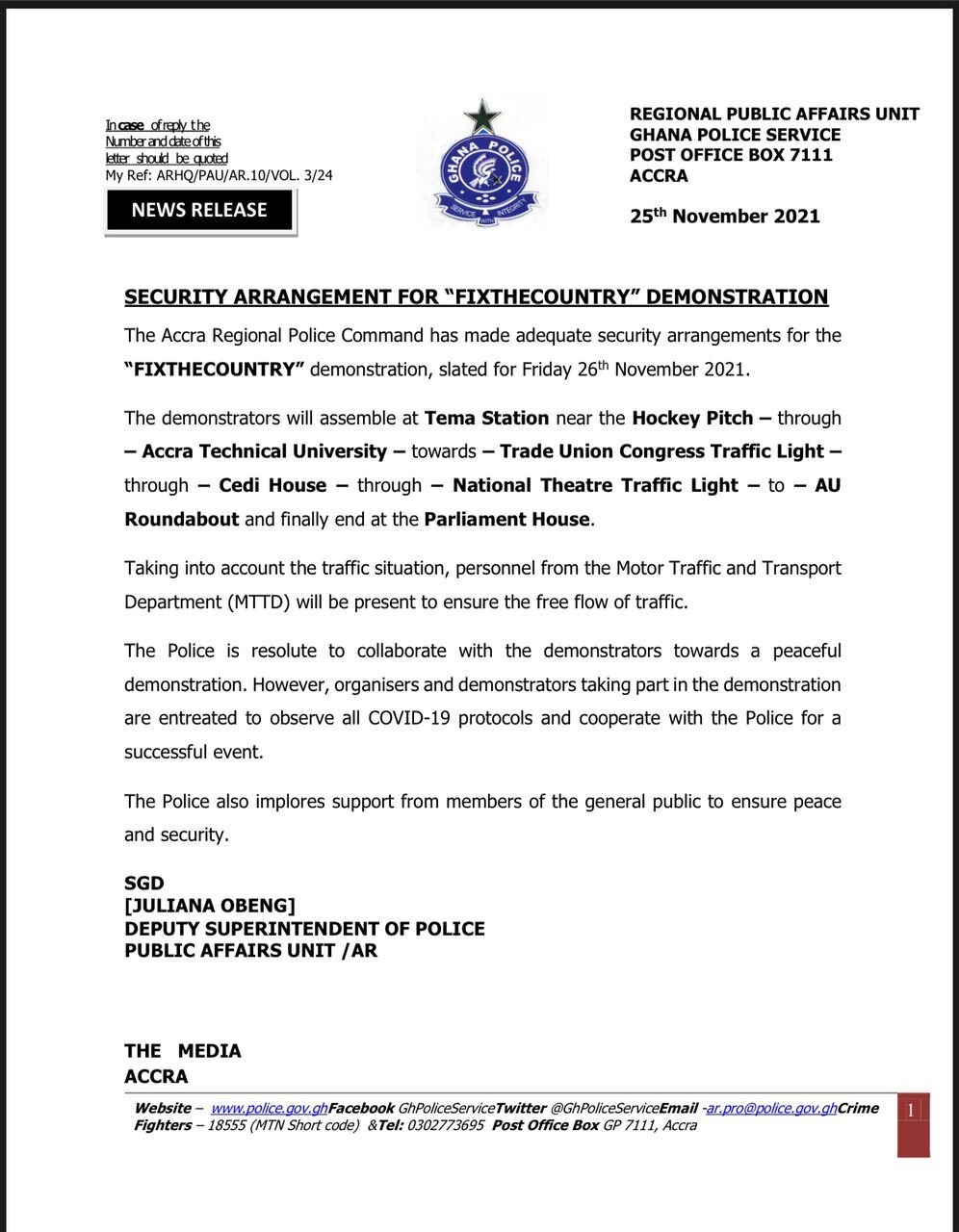 What has necessitated the demonstration?

Members of the #FixTheCountry movement are hitting the streets of Accra to demonstrate against some of the levies announced in the 2022 budget.

The Finance Minister in reading the budget announced the introduction of a 1.75% tax on all electronic transactions.

The Finance Minister also indicated a 15% increase in government services.

However, the group is displeased about the moves by the government and wants those proposals rejected by Parliament.

New variant is ‘most significant’ seen so far