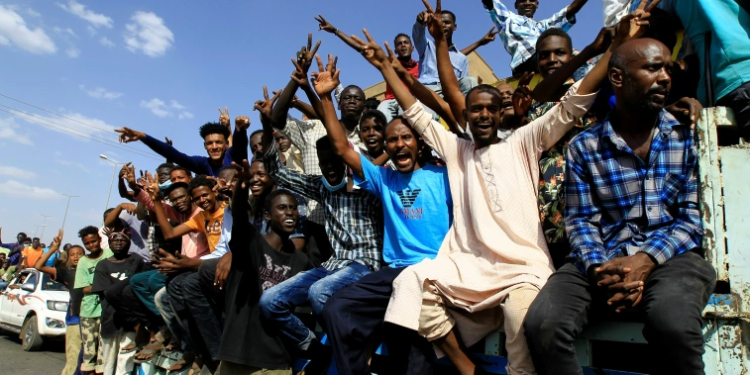 The Sudanese Professionals Association (SPA), which spearheaded a popular uprising that led to the removal of longtime ruler Omar al-Bashir in 2019, said late on Friday that mediation initiatives which “seek a new settlement” between the military and civilian leaders would “reproduce and worsen” the country’s crisis.

The association, which has a presence across the country, promised to continue protesting until a civilian government is established to lead the transition towards the full civilian rule.

Under the slogan of “No negotiations, no compromise, no power-sharing,” the association called for strikes and civil disobedience Sunday and Monday.

Al Jazeera’s Hiba Morgan reporting from Khartoum said that talks between the military headed by General Abdel Fattah al-Burhan and the civilian component Forces of Freedom and Change have so far failed to produce any results, despite mediation efforts.

Morgan said the SPA has called on civilians on Saturday evening “to set up barricades in neighbourhoods and on main streets to encourage people and to also reduce the number of people who would go to work on Sunday and Monday”.

Earlier this week, Nureldin Satti, Sudan’s ambassador to the United States, told Al Jazeera’s UpFront programme that the coup “cannot continue with the mobilization that we have seen and that we are going to see in the next days and weeks”.

The Sudanese military seized power on October 25, dissolving the transitional administration and arresting dozens of government officials and politicians.

The coup has been met with international outcry and massive protests in the streets of the capital, Khartoum, and elsewhere in the country.

Since the coup, the international community has accelerated mediation efforts to find a way out of the crisis, which threatens to further destabilize the already restive Horn of Africa region.

On Thursday, US Secretary of State Antony Blinken spoke separately by phone with the military leader, General Abdel Fattah al-Burhan, and Abdalla Hamdok, the deposed prime minister who was put under house arrest during the coup.

Blinken urged for an immediate return to a civilian-led government and the release of those detained in connection with the coup.

Morgan said the protesters “keep saying that they don’t want negotiations with the army”.

“The army says they are not going to return back to October 24 when there was a civilian transitional government, rather they want to look ahead and form a new government,” Morgan said.

“They say even if Prime Minister Abdalla Hamdok does not lead that transitional government, they will appoint a new prime minister and appoint a new cabinet to lead the country until elections in July 2023.”

Meanwhile, Al-Wathig al-Berier, the secretary general of the Umma party, urged the international community on Friday to pressure the military to de-escalate.

Since the coup, the generals have continued to dismantle the transitional government and arrest pro-democracy leaders.

The Umma is Sudan’s largest political party and has ministers in the now-deposed government.

“We truly need to prepare the atmosphere and de-escalate matters so that we can sit at the table,” al-Berier told The Associated Press. “But clearly, the military faction is continuing with its plan and there are no efforts to show goodwill.”

He was referring to Thursday’s arrest of leaders from the Forces for Freedom and Change, a coalition that was born out of the 2019 protest movement.

The military detained three leaders of the movement shortly after they met United Nations officials in Khartoum. The meeting was part of UN-led mediation efforts.

Al-Berier said the mediation efforts have yet to produce results, blaming the military for that failure. He warned of possible bloodshed since the military and the protest movement have become increasingly entrenched in their positions.

He urged the international community to increase pressure on the military leaders to reverse the coup.

“In these initial stages, we hope that they continue strong pressure. This pressure has to be more than just tweets. This pressure needs to have mechanisms that could create real pressure on the military component,” he said.